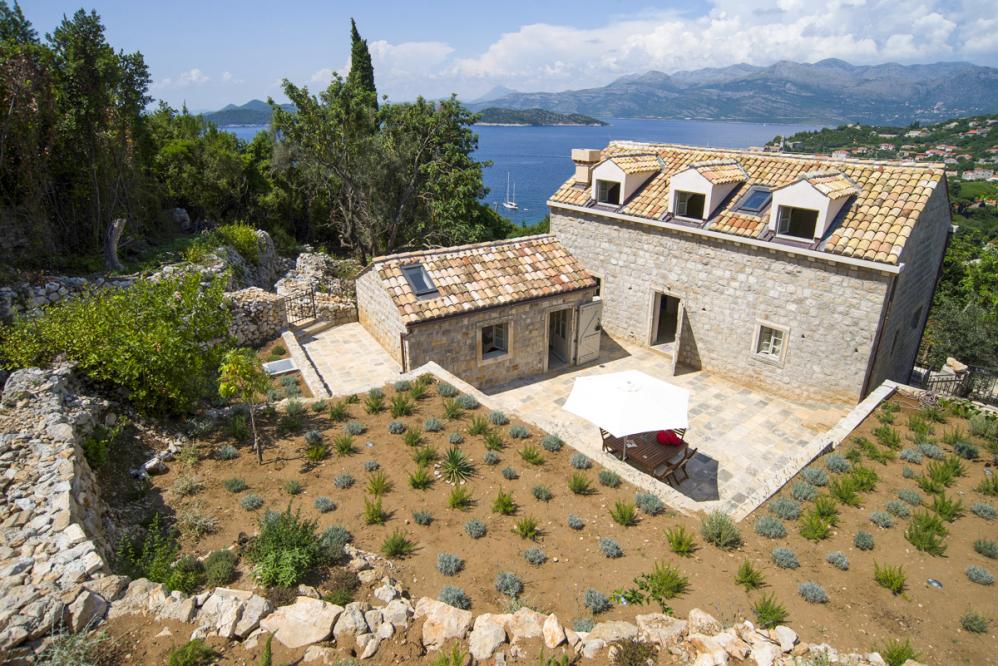 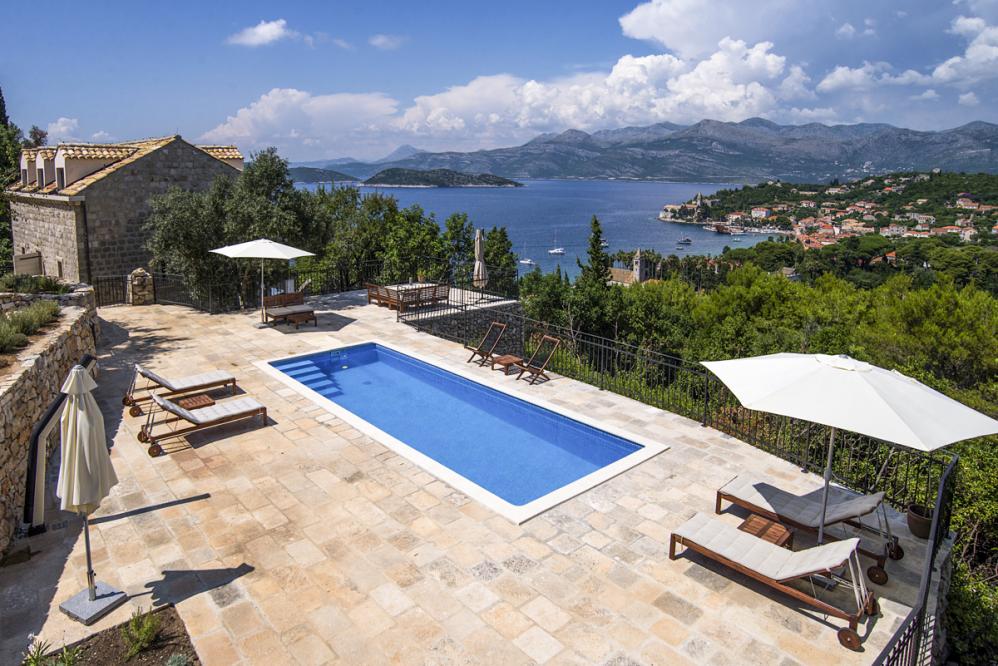 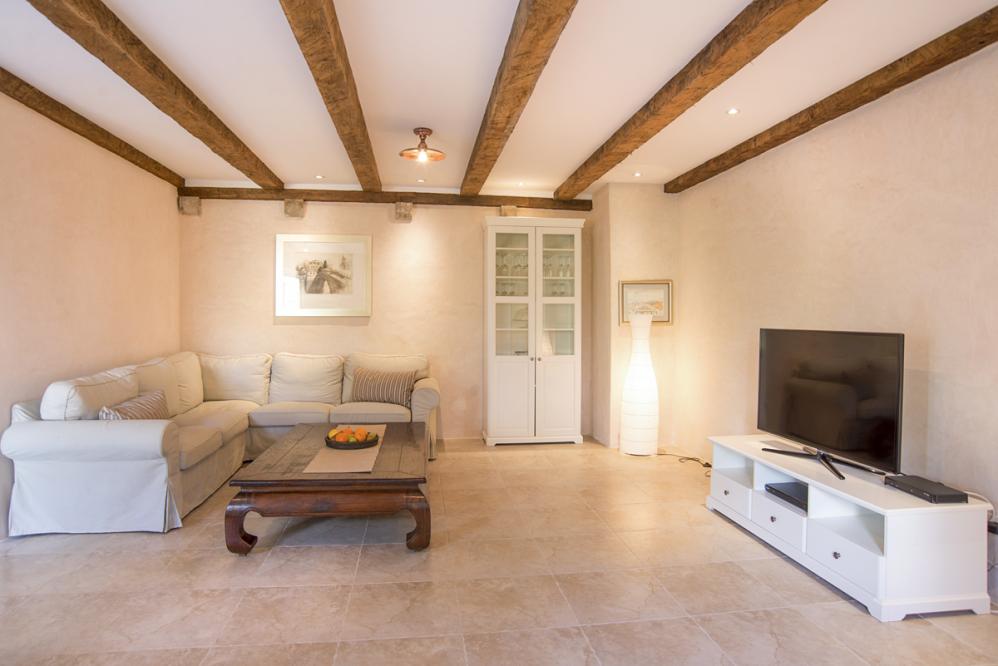 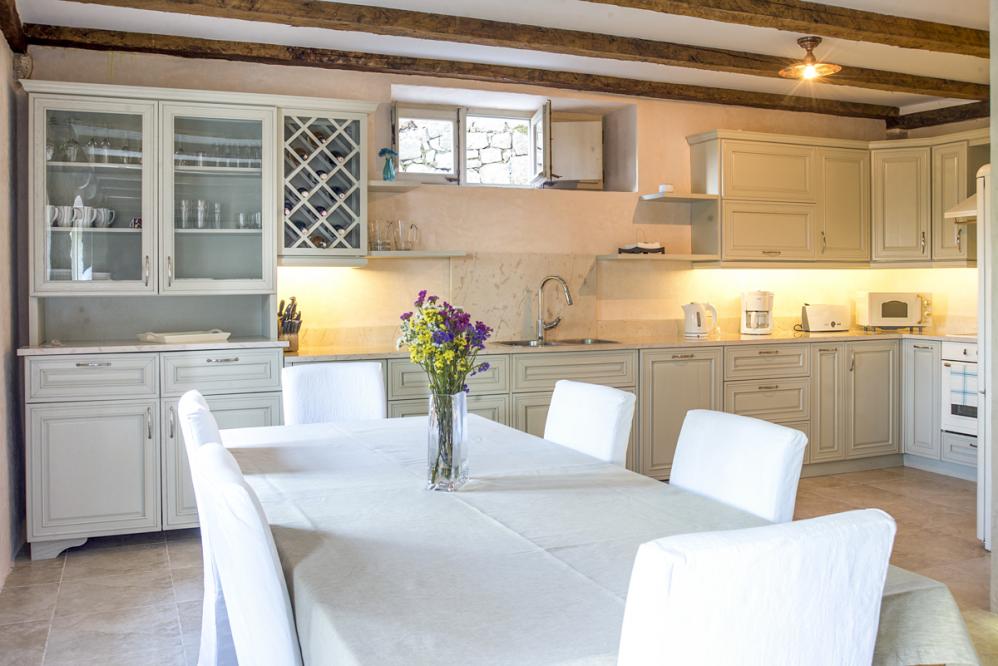 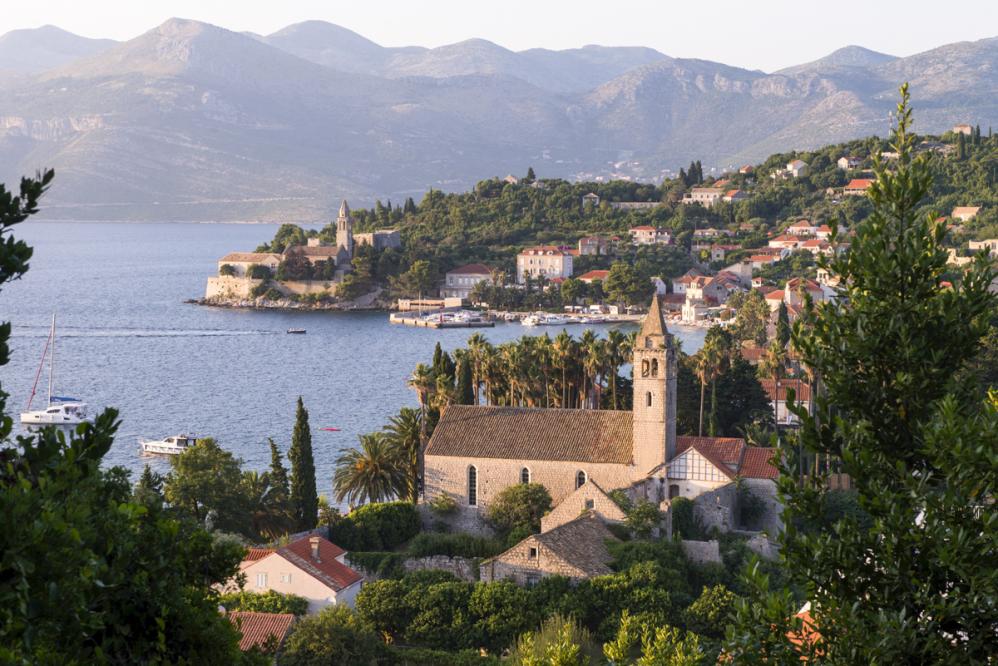 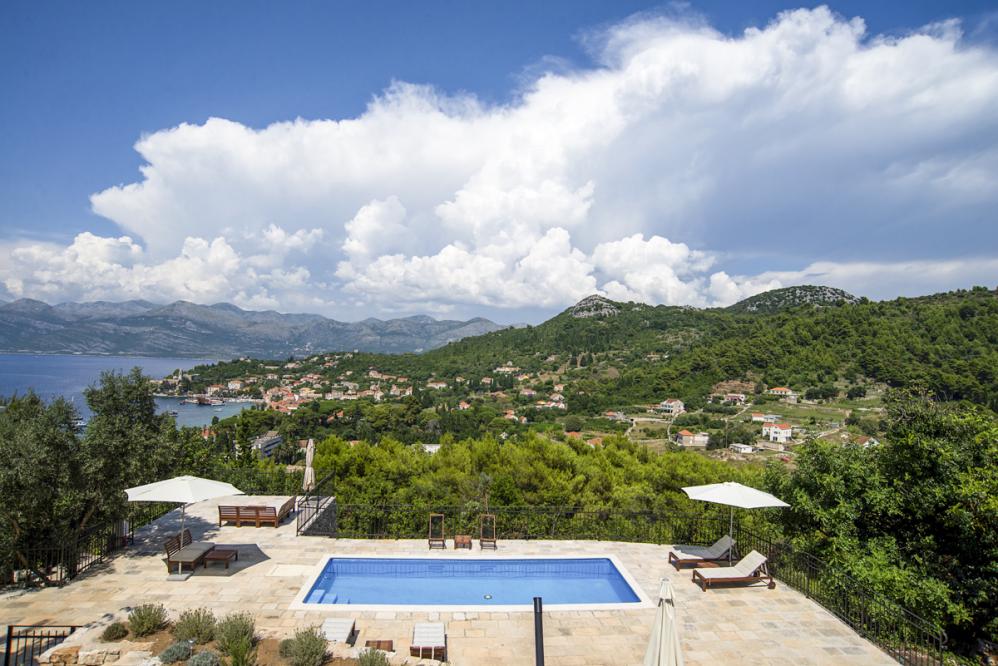 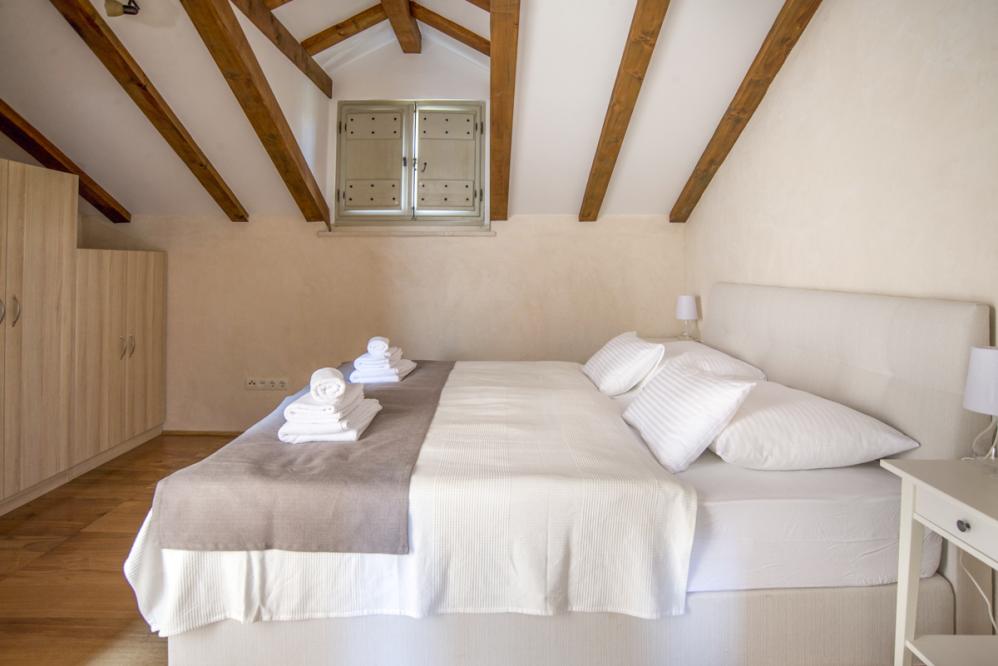 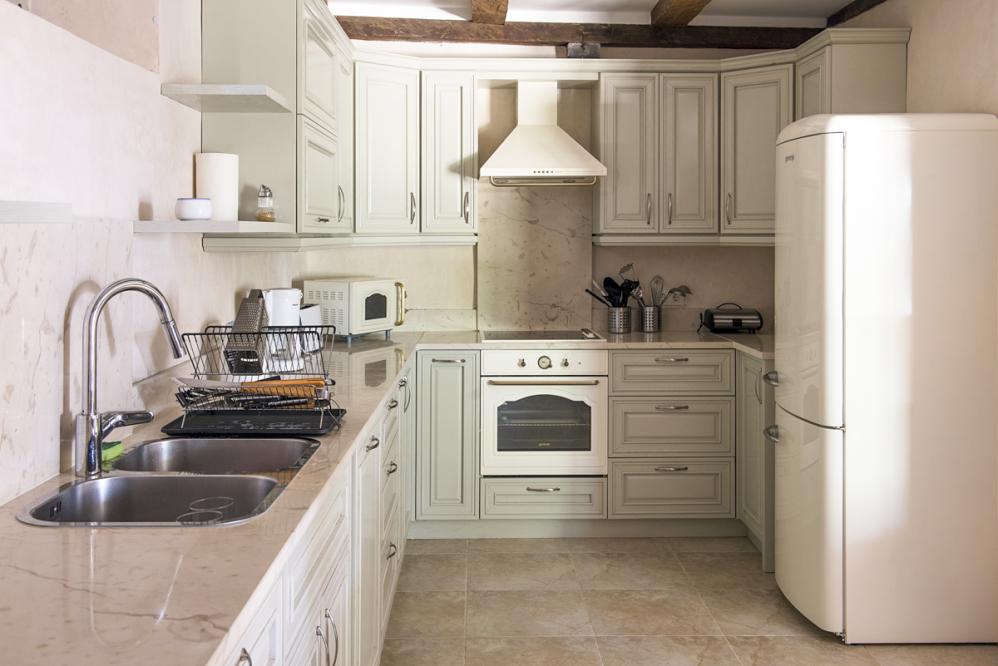 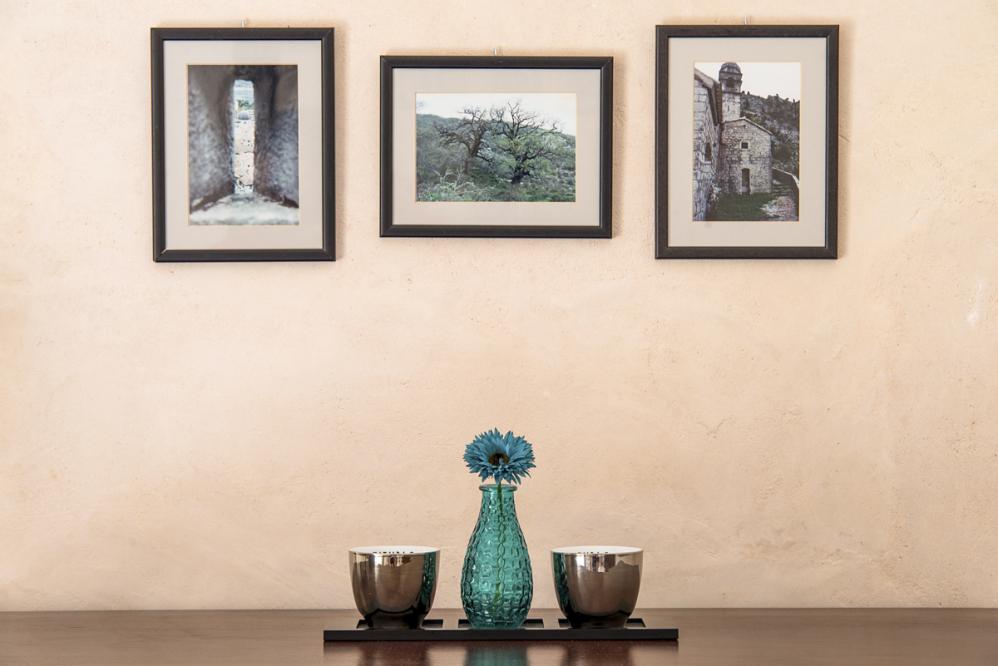 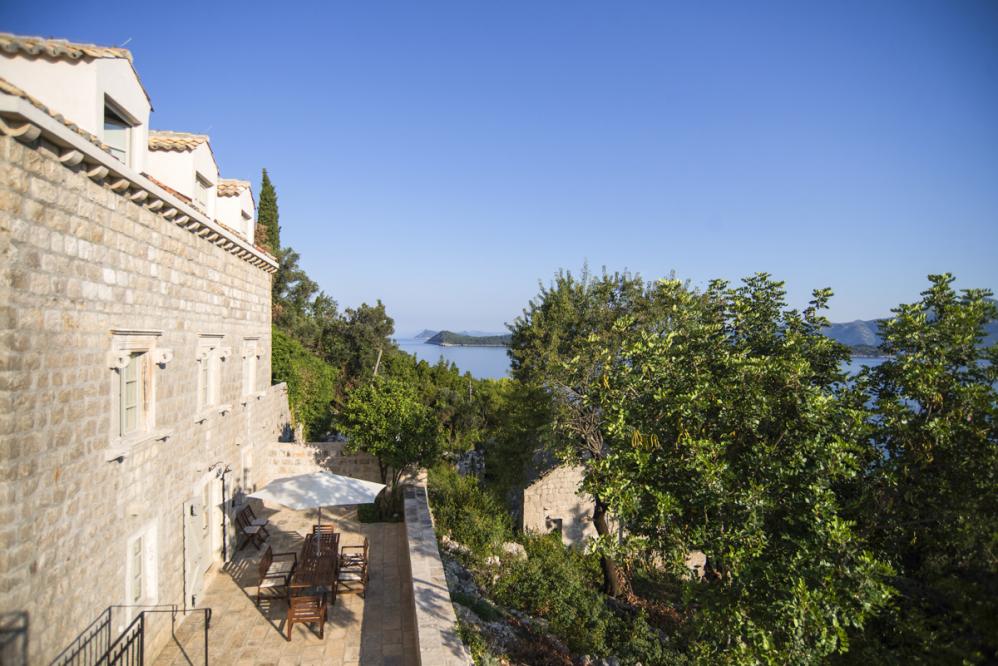 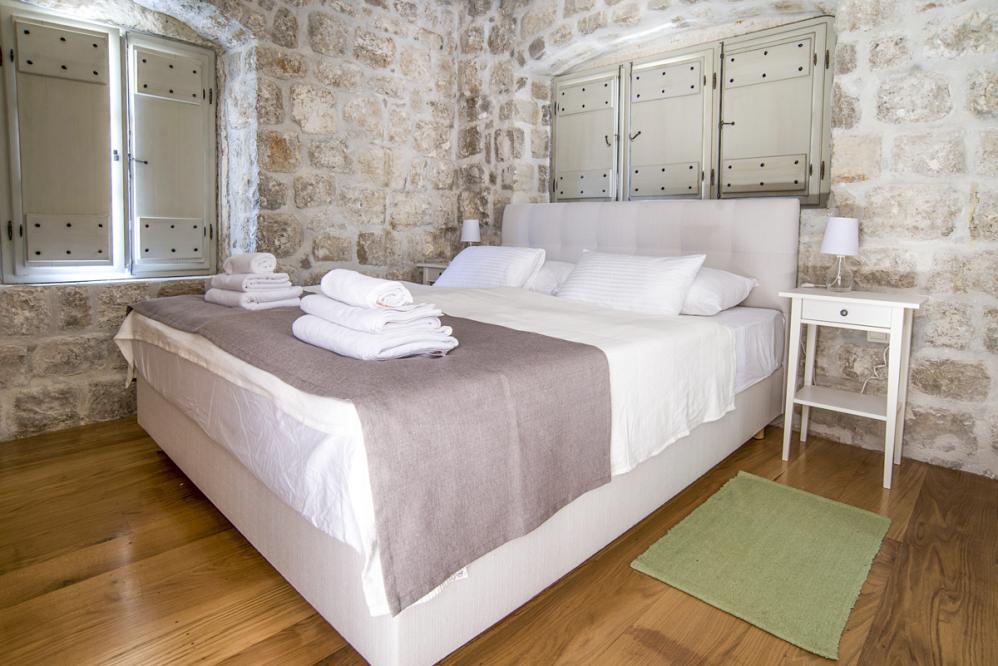 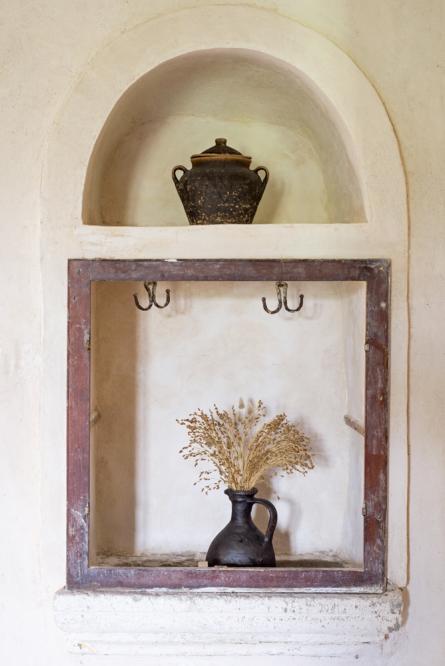 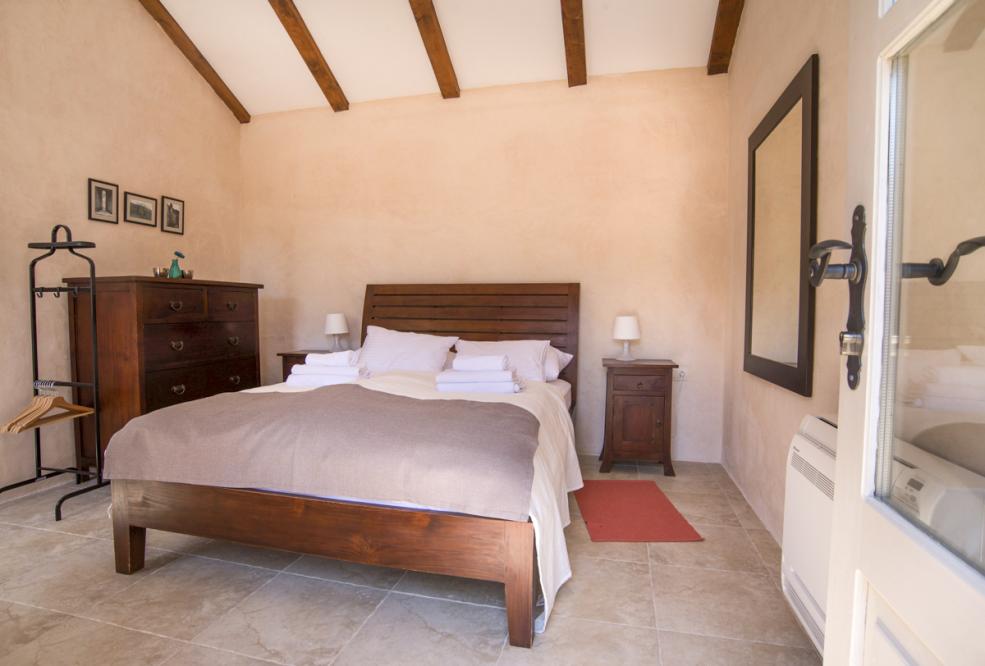 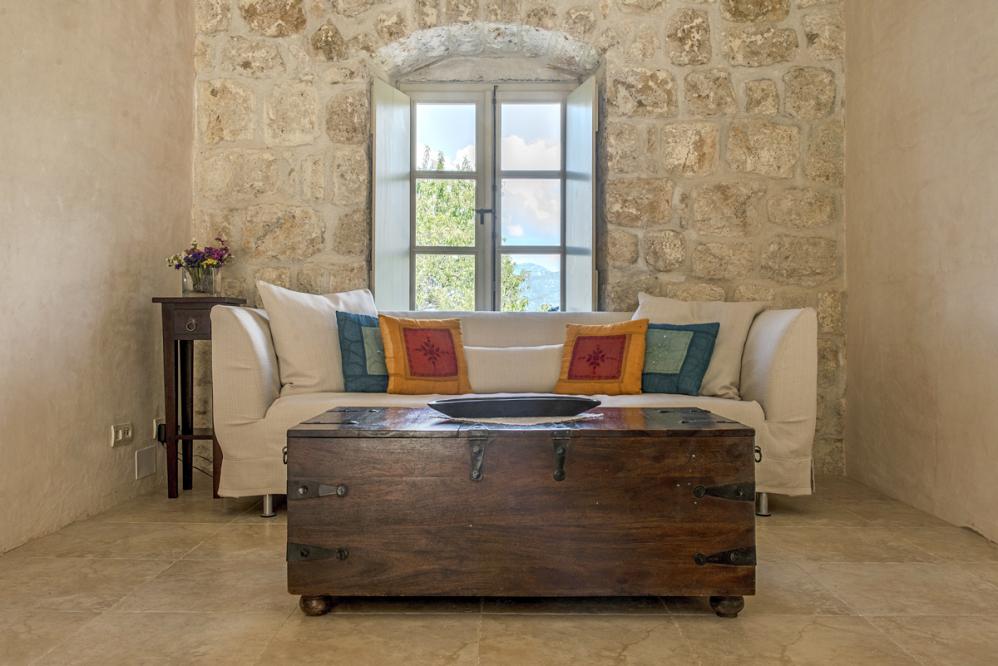 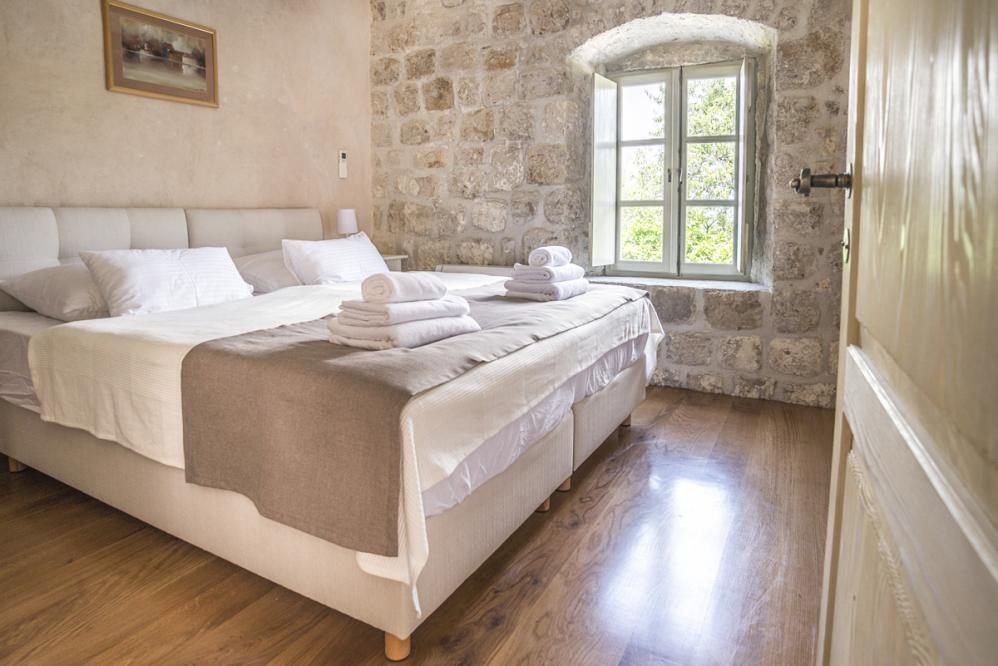 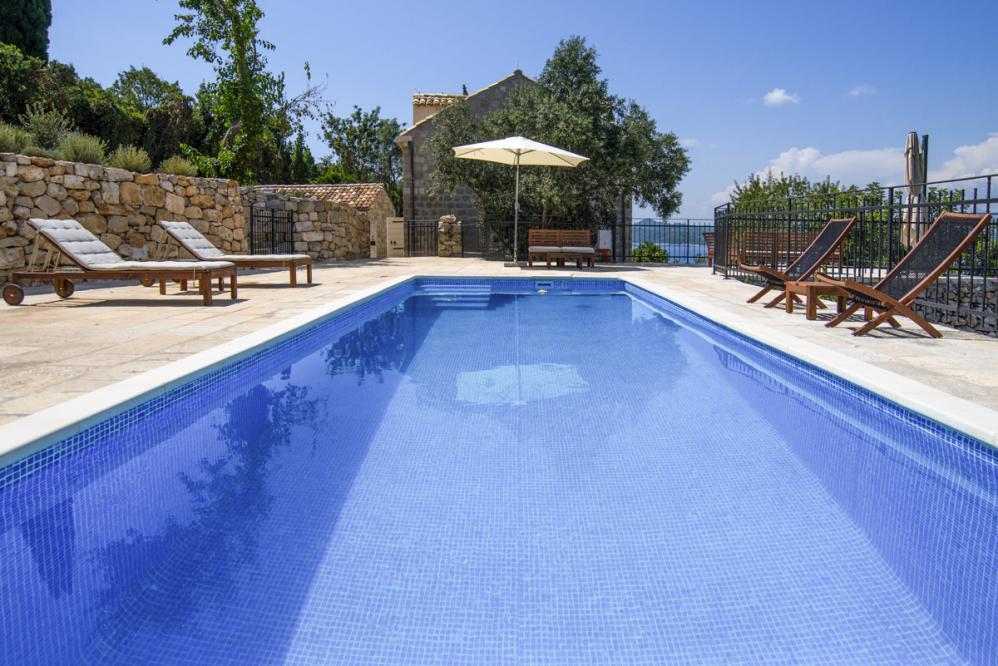 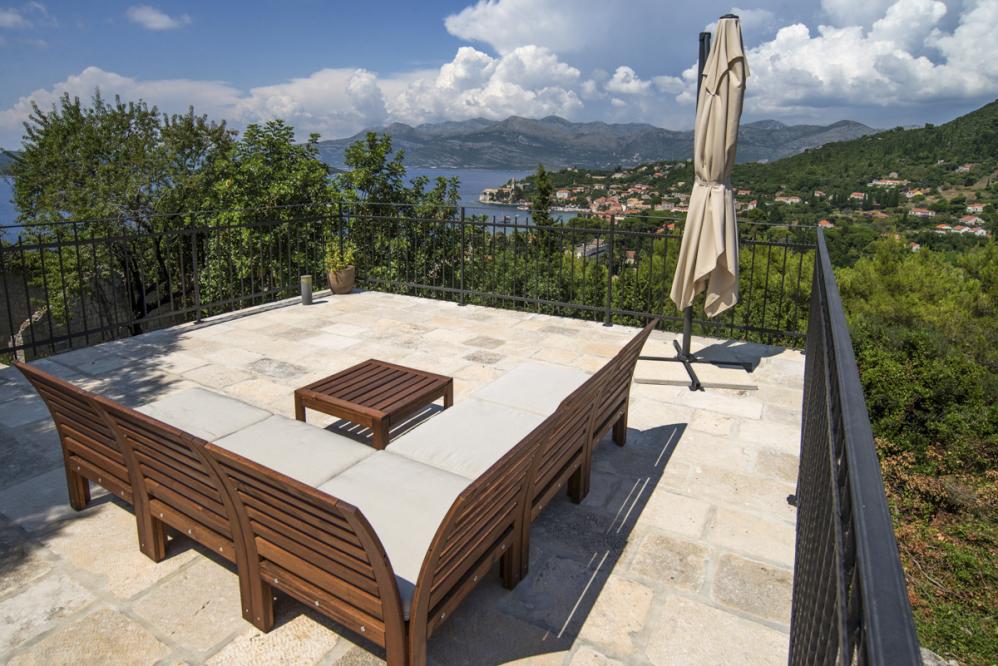 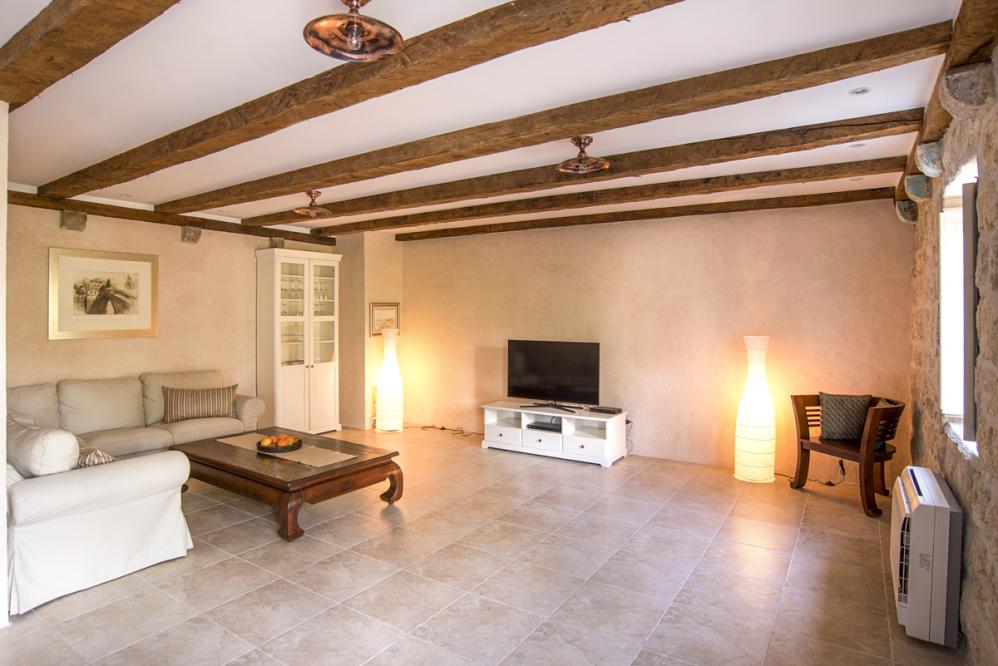 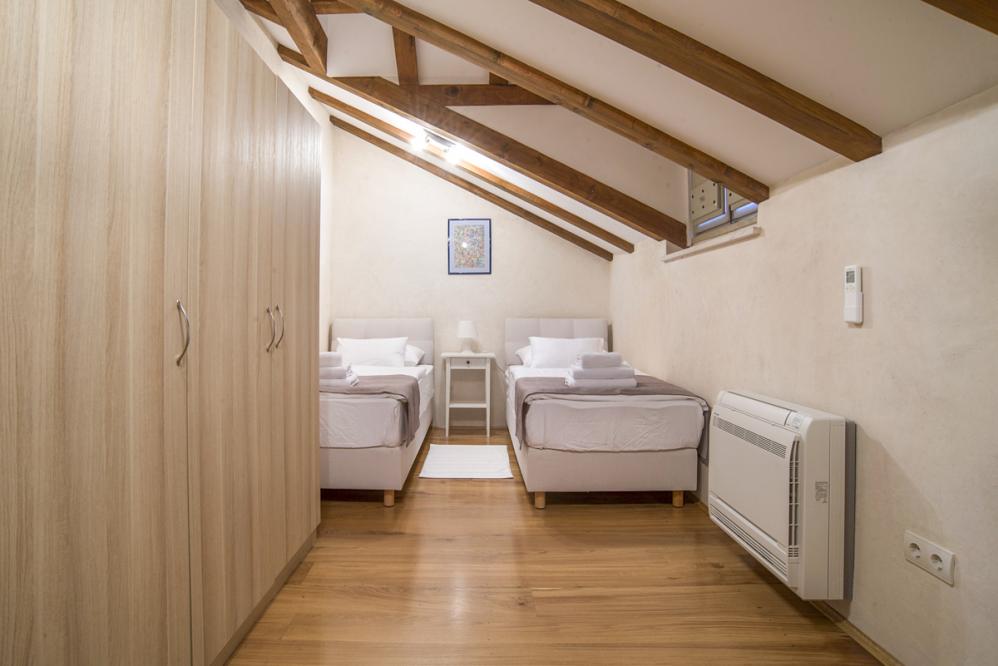 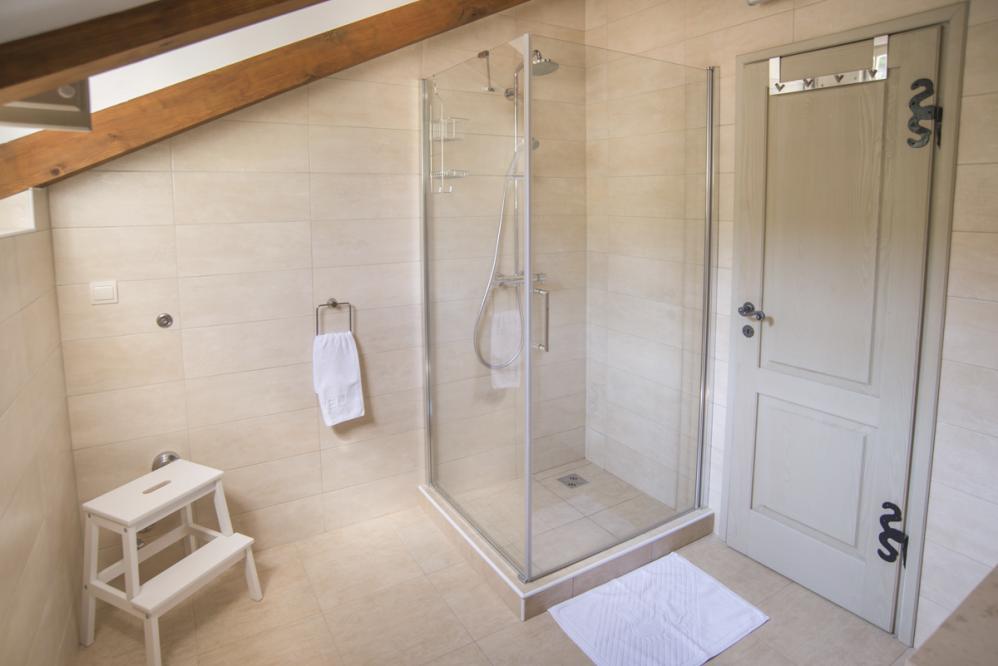 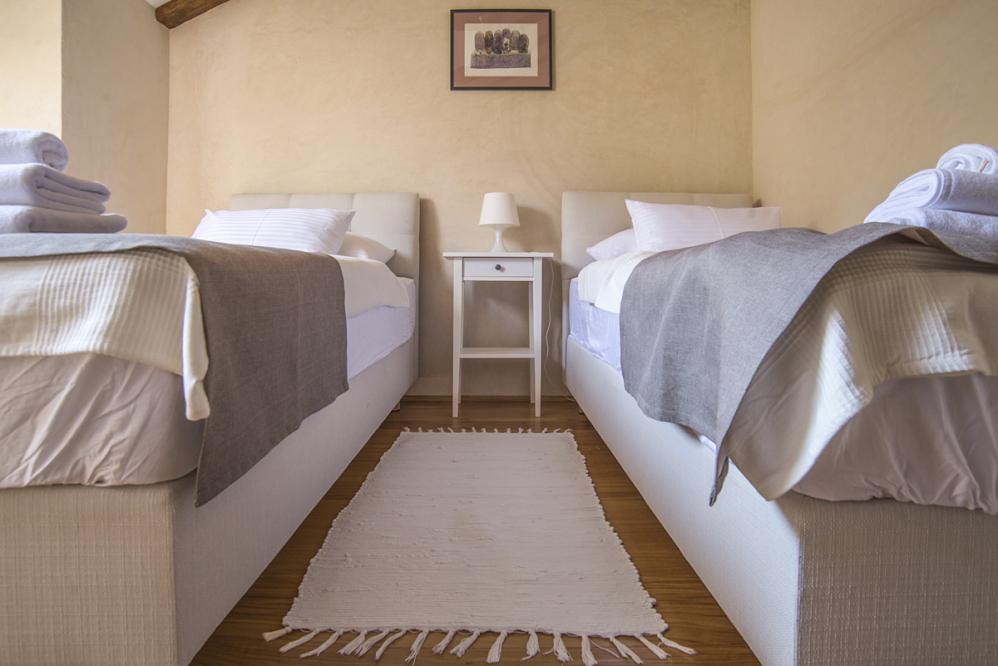 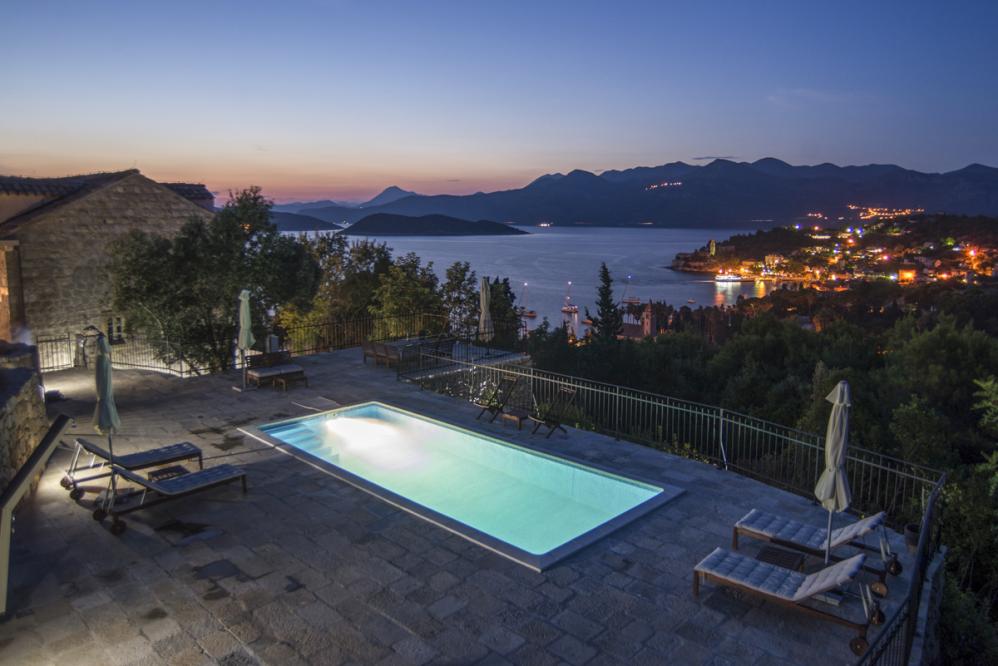 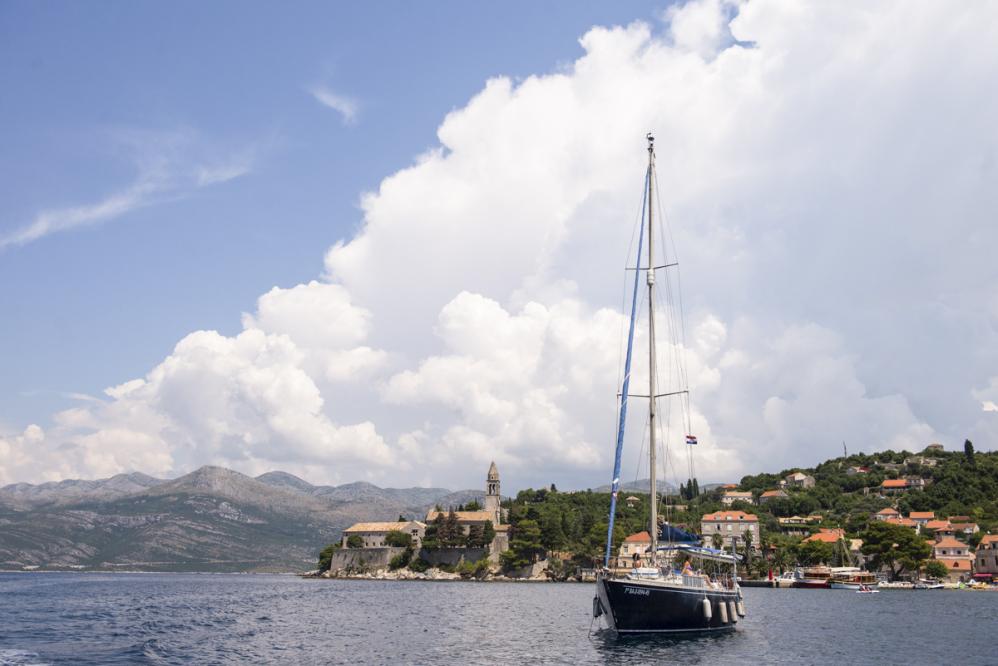 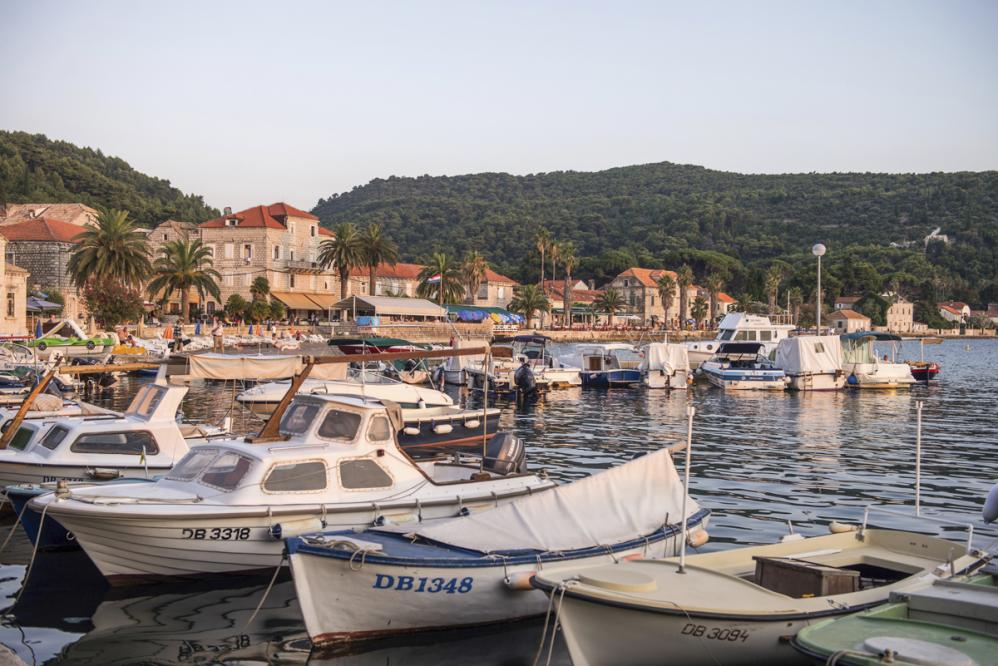 Offering breath-taking views over the other forested islands and the glistening Adriatic Sea, Villa Jahta is a dream destination just 250 metres from the coast ...

Book by the 28th of February and we’ll plant a tree to offset 161% of your stay. Learn more

Offering breath-taking views over the other forested islands and the glistening Adriatic Sea, Villa Jahta is a dream destination just 250 metres from the coast where everything is in walking distance – which is just as well as there are no cars allowed on this idyllic island!

As the ferry approaches Lopud, you’ll begin to appreciate the striking beauty of an island comprised only of endless trees and Mediterranean vegetation, picturesque sandy beaches, charming seaside cottages and unbeatable restaurants.

The villa itself is built in the traditional stone and oozes grandeur, and rustic charm with terracotta tiles throughout and wooden beam ceilings yet enjoys a vast array of modern facilities, including full air-conditioning and Wi-Fi throughout.

The living room is spacious, with a large L-shaped sofa in front of the TV, and the kitchen is similarly styled, with rustic colours complementing the entirely modern fittings beautifully! There’s a large dining area in the kitchen, in addition to the many alfresco dining tables on the terraces.

There are six bedrooms in total, as well as two single sofa beds that can be used to create space for even more guests to enjoy this fantastic villa! There are four double rooms and two twin rooms, making this a flexible villa for a large group!

Three of the places have private bathrooms, while the other three share two excellent family bathrooms. There are three bathtubs and two showers, ensuring there’s something to suit everybody’s tastes! All six rooms are spacious and elegantly designed, some with stone interior walls adding to the beautiful rustic charm of the villa!

Your fabulous garden in enchanting woodland surroundings comprises a huge pool terrace, with a private pool at its centre for your exclusive use! Sun loungers and parasols surround it, and you can enjoy magnificent views over the sea and islands from it – making this the ideal hub of the home.

Whether socialising, swimming or even snoozing, this is an idyllic spot in which to enjoy all your daily activities! Alfresco dining to one side offers the most picturesque, sunny place to enjoy your meals! There are further social spots for dining, drinking and relaxing throughout the garden, giving everyone all the space they could wish for on their special holiday on Lopud!

Stroll out of your front door and down to the beautiful beaches with crystal-clear waters, or else admire the traditional buildings dispersed across the island. Lopud is merely brimming with sandy beaches and elegant old buildings, including the enchanting Sunj beach which is the largest sandy beach in the entire Dubrovnik region!

This property is a part of our Sustainable Collection!

To be part of this collection, properties either have to tick 4 or more of our sustainable checklist, or tick 3 of the checklist but also have a score of 5 or lower (kg) for the total carbon footprint per day, based on full occupancy, per bedroom. View the full collection here >

This property ticked these points on our sustainable checklist:

Villa Jahta is a tranquil period stone villa with pool, stunning sea view, on the relaxing car-free island of Lopud. There are 6 bedrooms and 5 bathrooms, and it can accommodate up to 14 people

Villa Jahta is ideally placed to enjoy the history, culture and fabulous climate of Croatia, yet is ...

Villa Jahta is ideally placed to enjoy the history, culture and fabulous climate of Croatia, yet is a unique destination, located on a tranquil, car-free island!

The island of Lopud, the middle of the three principal Elaphite islands, is brimming with sandy beaches and elegant old buildings, including the famous Sunj beach which is the largest sandy beach in the entire Dubrovnik region.

Dubrovnik itself is a visual masterpiece. In amongst the winding cobbled streets and vast, beautiful squares of its Old Town, you will find endless tiny restaurants, shops, galleries and cafes. Each twist and turn brings a new delight – from the baroque St. Blaise Church to the Renaissance Sponza Palace and the Gothic Rector’s Palace, historical and architectural masterpieces are tucked away in this majestic walled-city.

Take a bird's eye view of the town with a stroll around the vast 16th century stone walls of the city, and admire the terracotta roofs, so typical of the region, as the sun glints on the deep cinnamon tiles and the sea shimmer in the distance. This is the most traditional and beautiful sight of Croatia!

From breath-taking scenery, a rich history and culture and a world-famous culinary scene – you will find it all in Croatia! Active holiday-makers will be delighted with the offerings, including windsurfing, scuba diving, rock climbing, hang-gliding and walking. Both along the dramatic coastal paths and in the mountains inland, you will find an abundance of natural ways for cycling and rugged off-road hiking trails.

Much like its neighbouring Italy, Croatia is a gastronome’s paradise, home to world-class cuisine and, especially in the north, endless rows of vineyards!

Tucked right at the bottom of the Croatian coast, Dubrovnik is just a stone’s throw from the fascinating country of Montenegro with its pristine coastline and quaint seaside towns, and the vast, rugged expanse of Bosnia – so you can easily explore another country or two during your stay!
Dubrovnik International Airport is 37km from the villa, while the city is a major hub for those getting ferries.

Villa Jahta is the ideal home for your family holiday. With a fabulous array of onsite facilities an...

Villa Jahta is the ideal home for your family holiday. With a fabulous array of onsite facilities and so much to explore on the island and surrounding islands you can guarantee making memories to treasure as well as a little peace and quiet while the kids get stuck in!

In the fantastic sea, which you can spot no matter where you tuck yourself away on this island, there are opportunities to enjoy just about every water sport you can think of! Water-skiing, kayaking, jet skiing, kite-surfing… you name it!

All along the endless coastlines you will find opportunities to rent boats, pedalos and snorkelling equipment (or even scuba diving if you’re feeling up to it!) to enjoy the pristine beaches and bays, while inland among the deep green, rolling mountains there are some of the most beautiful cycling and hiking trails in Europe.

Ask a question about Villa Jahta