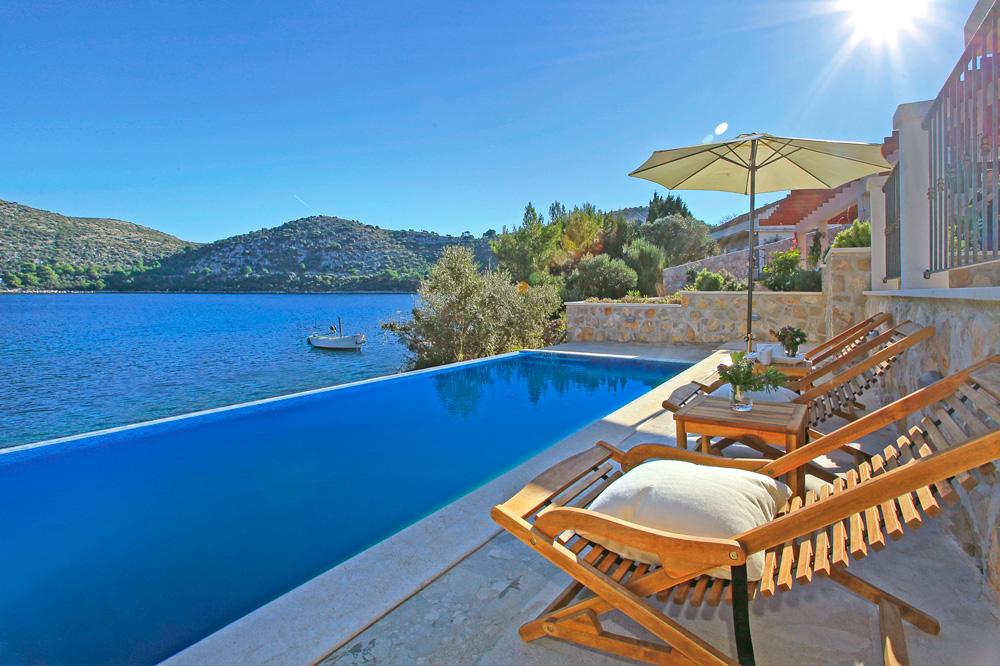 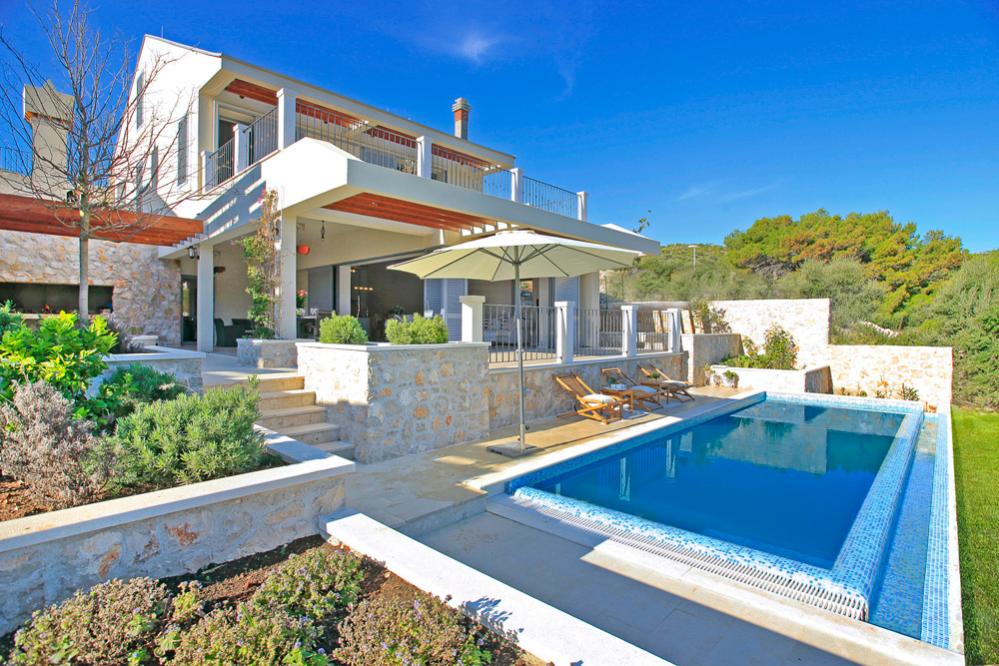 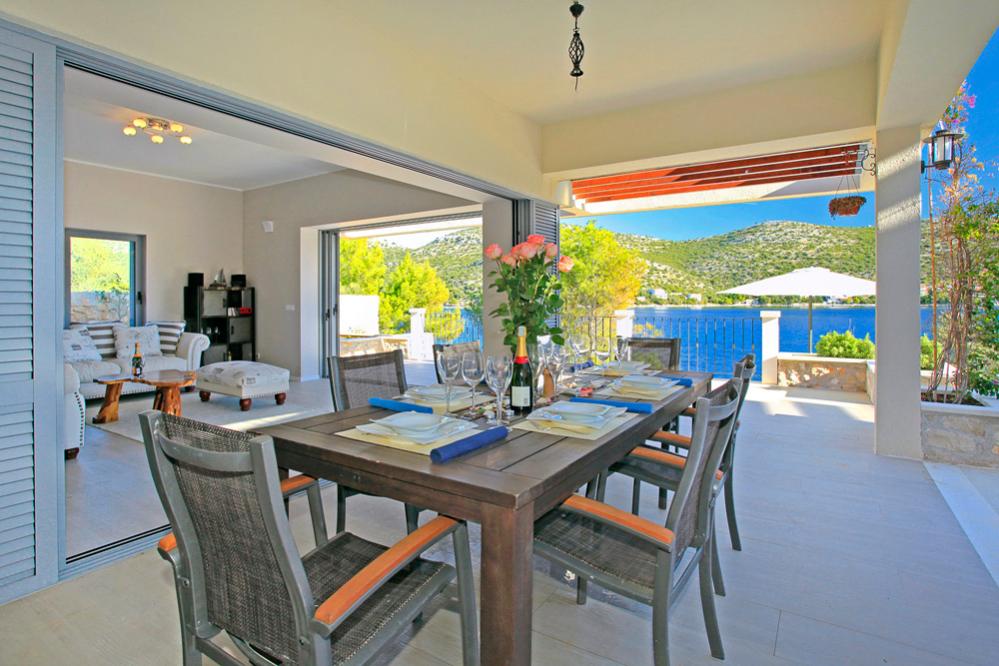 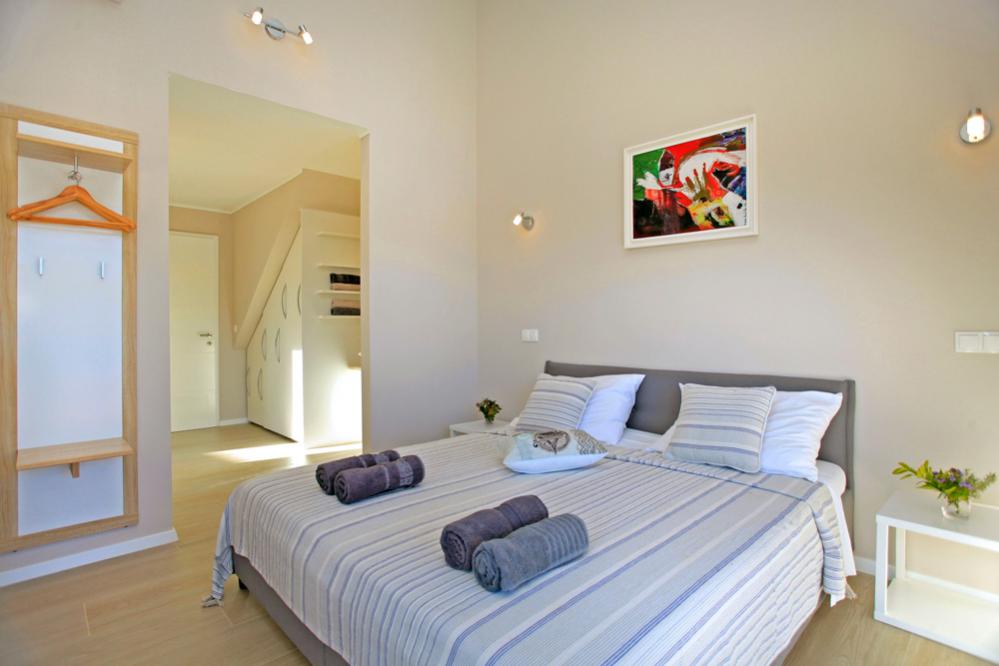 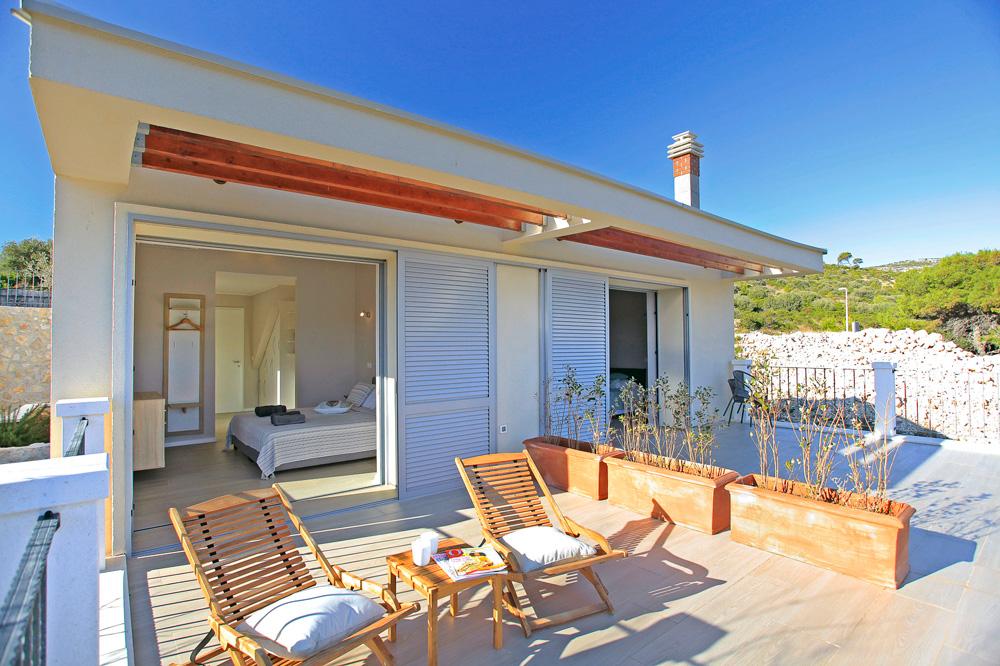 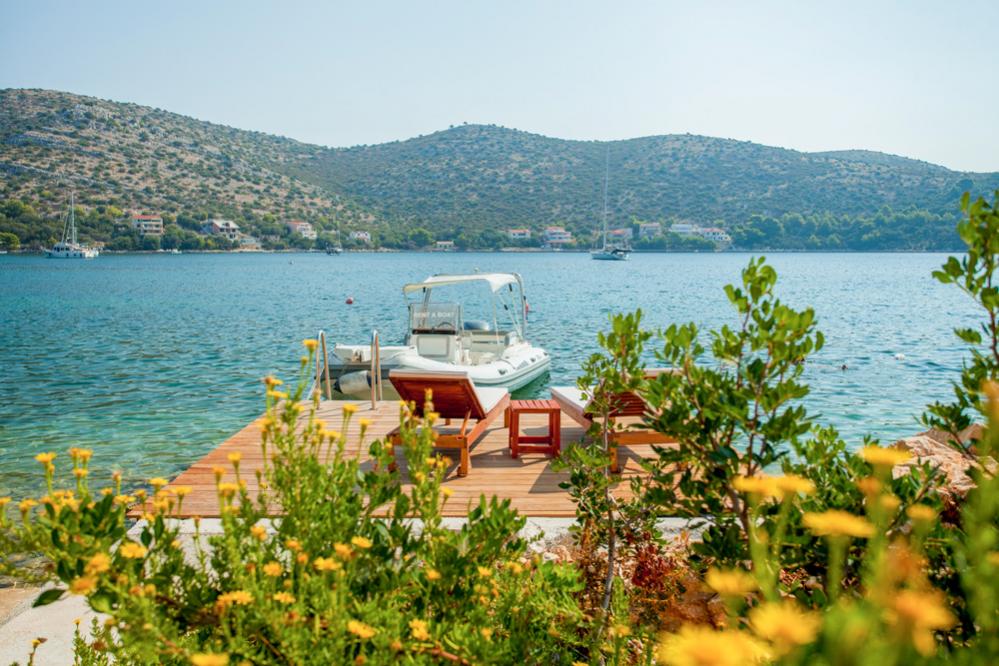 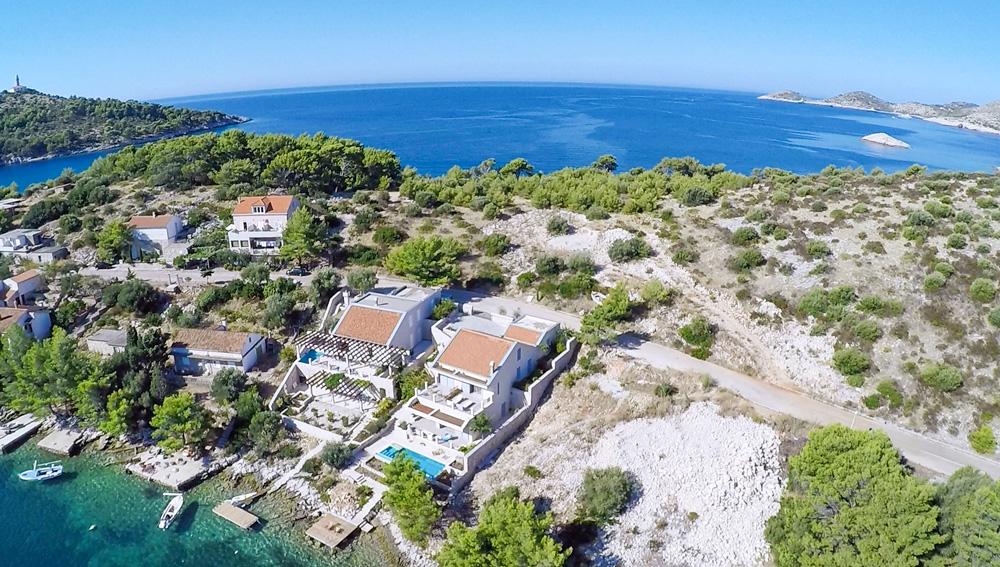 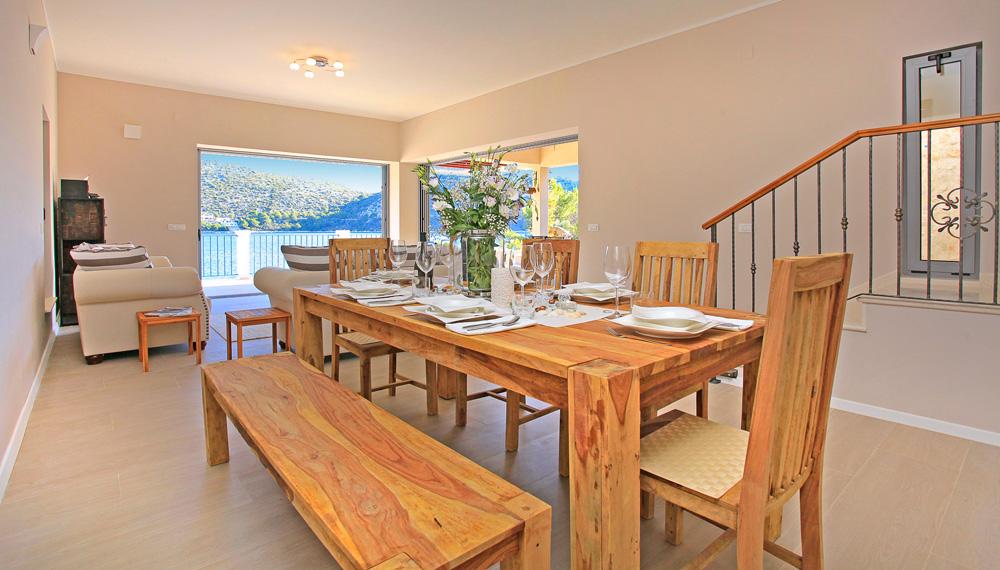 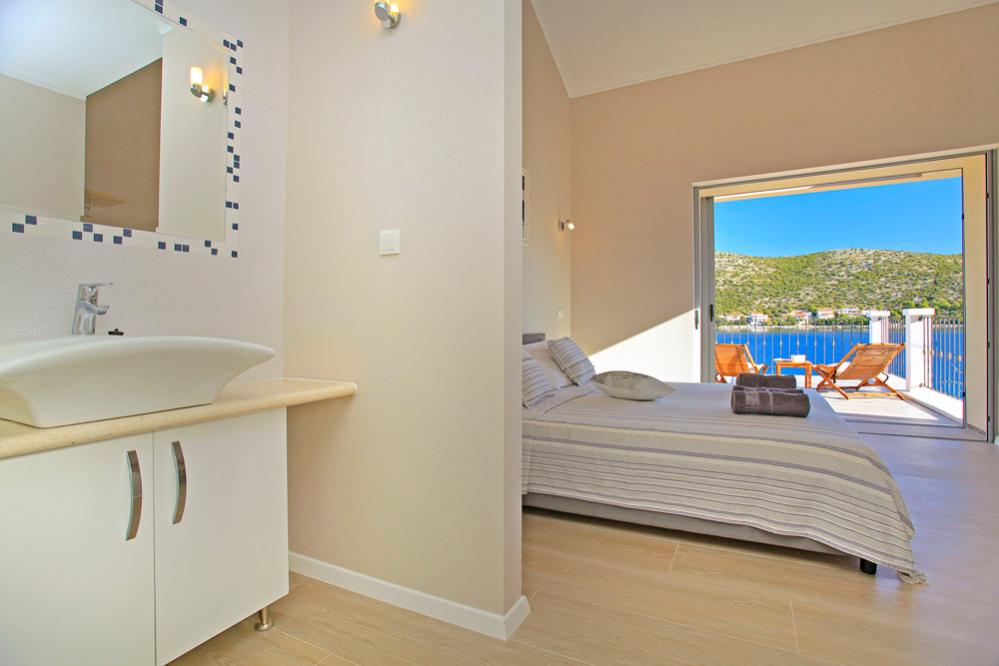 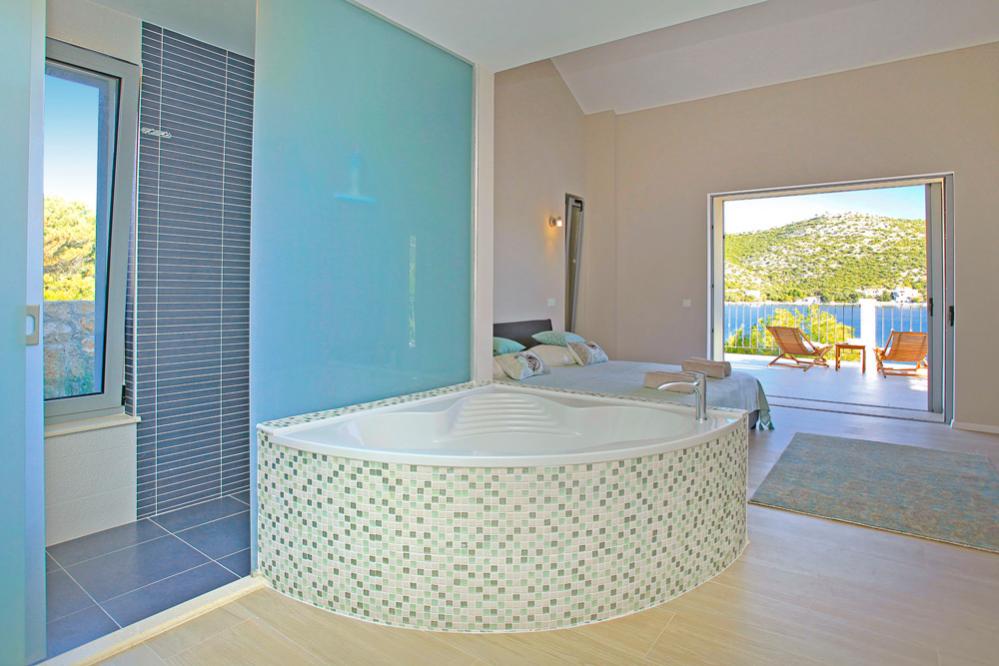 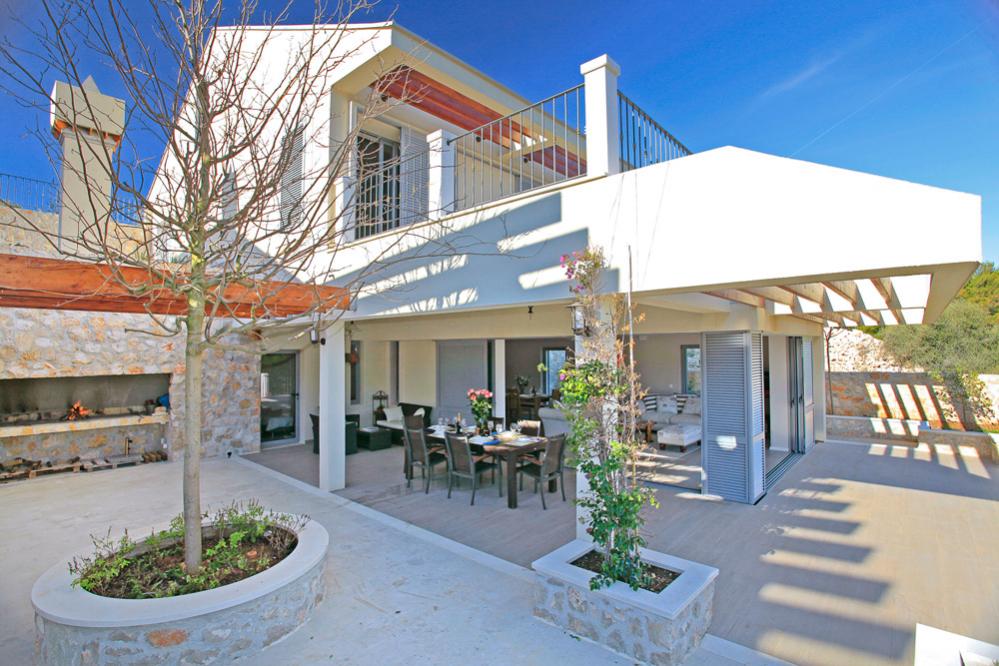 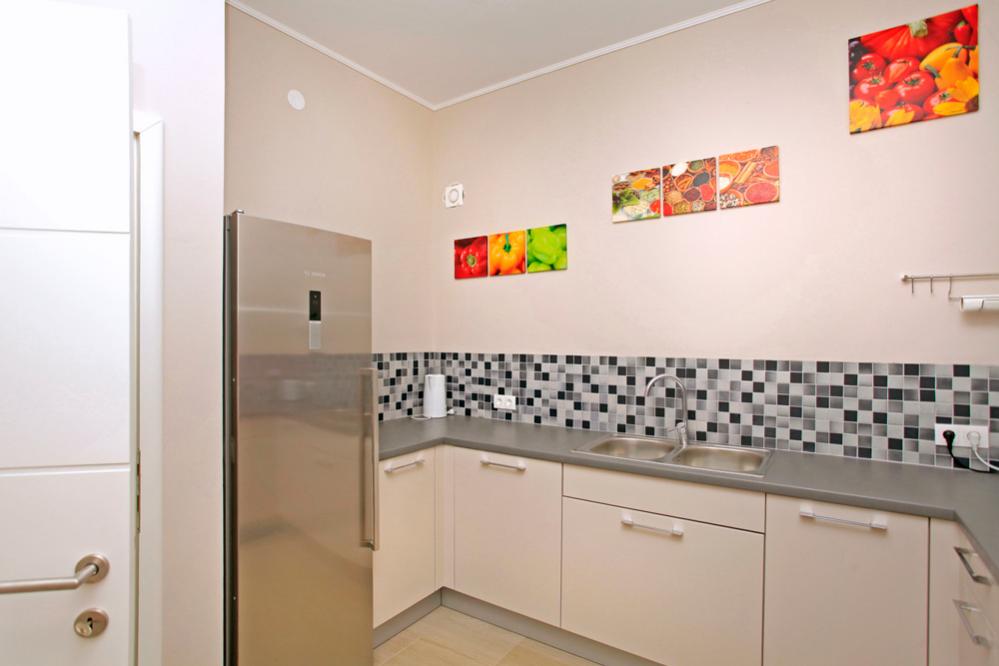 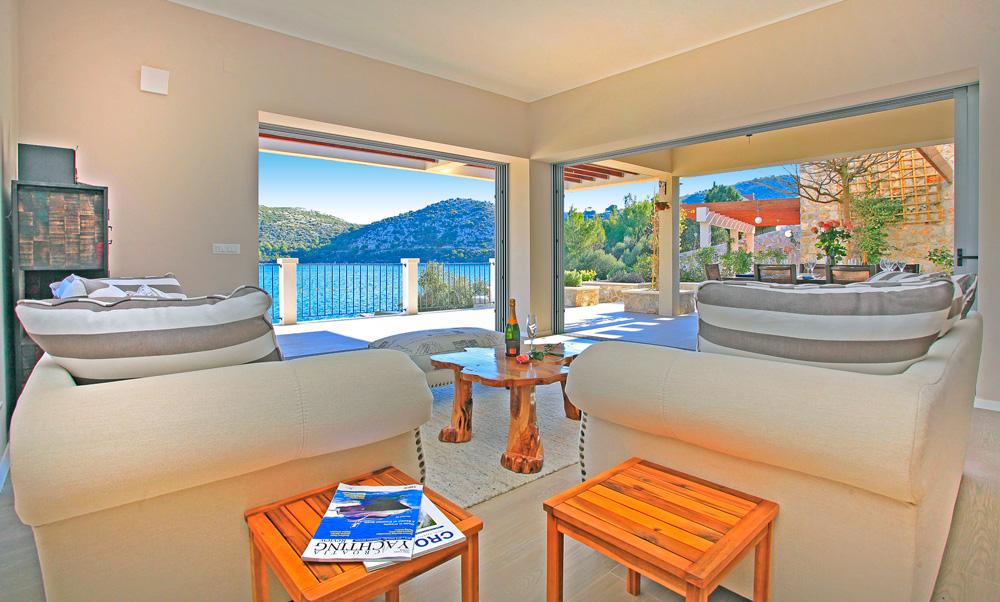 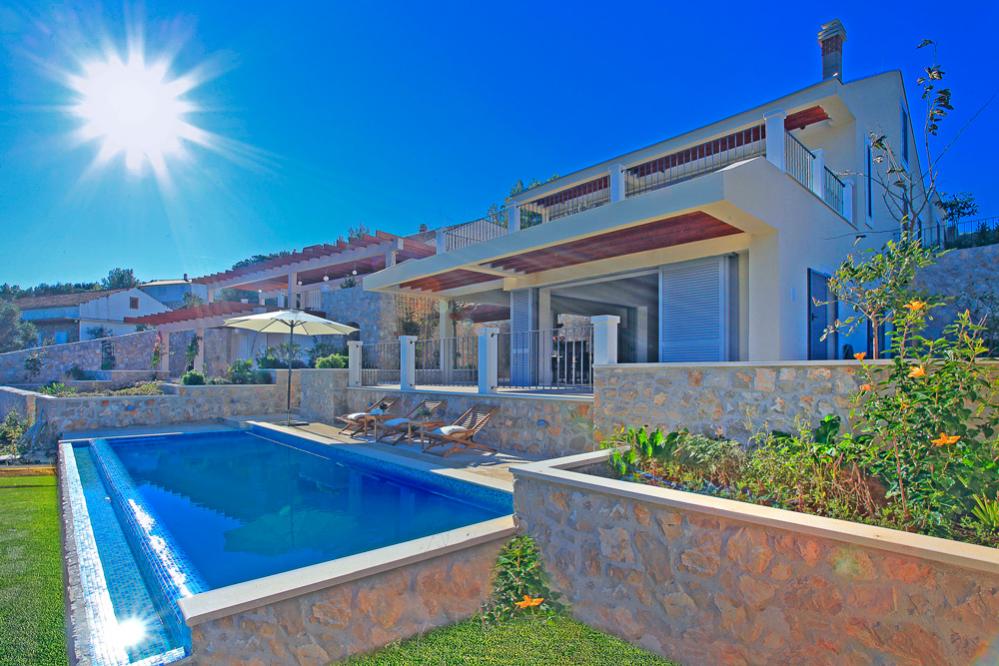 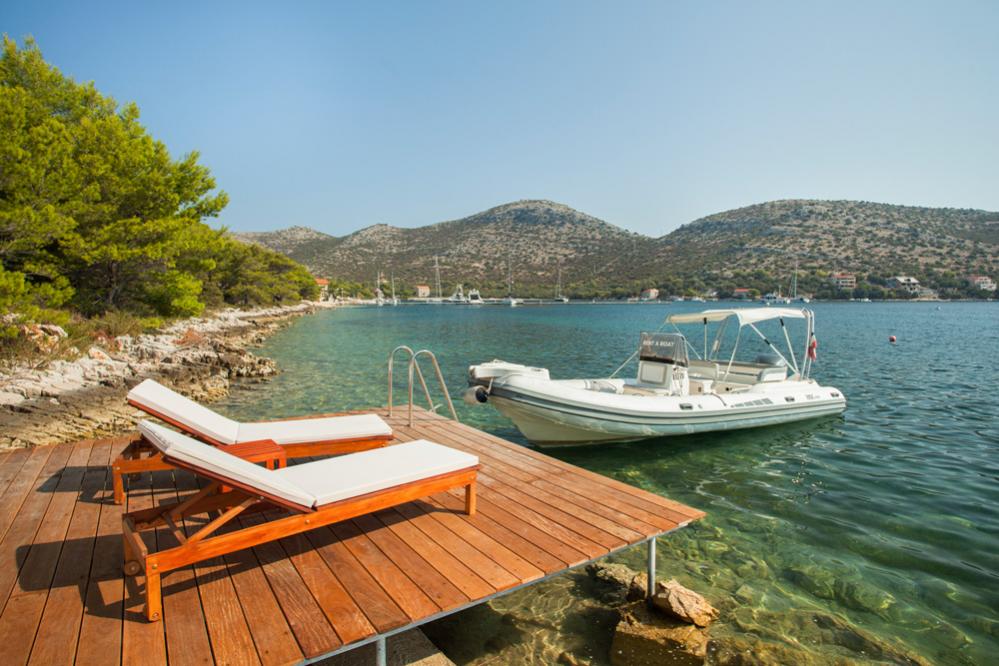 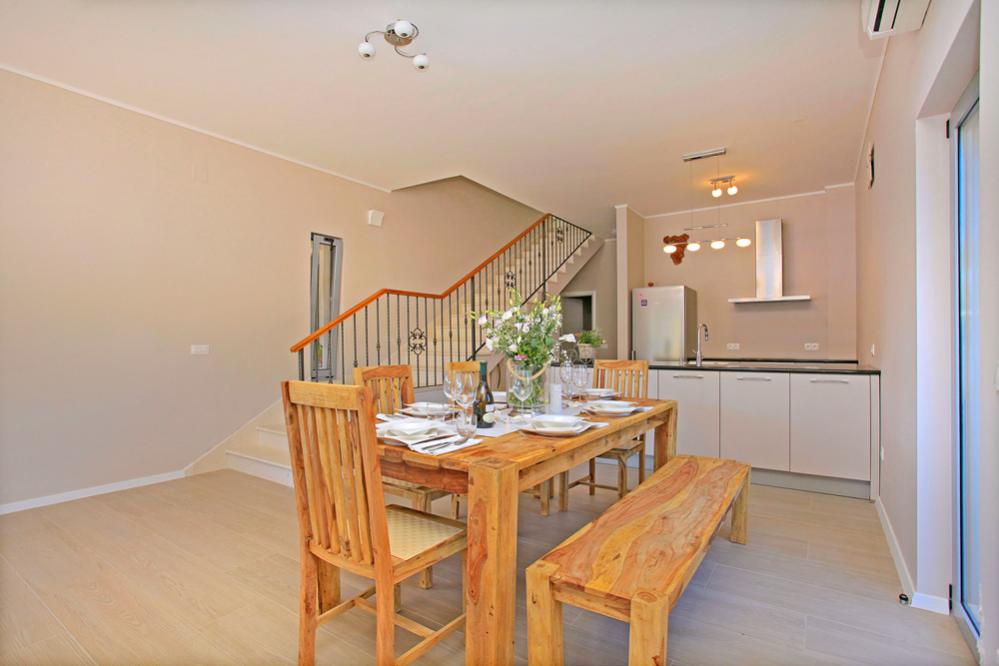 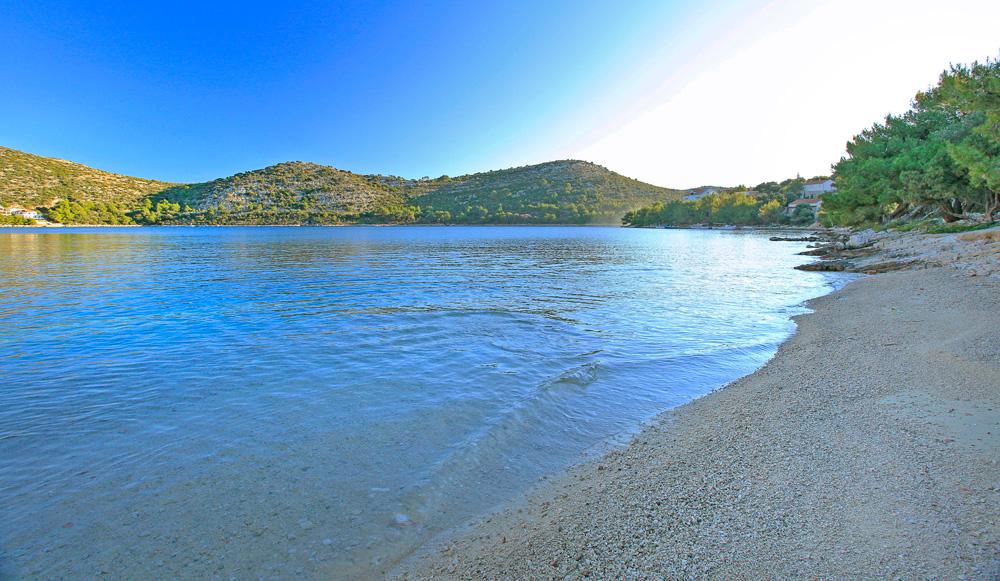 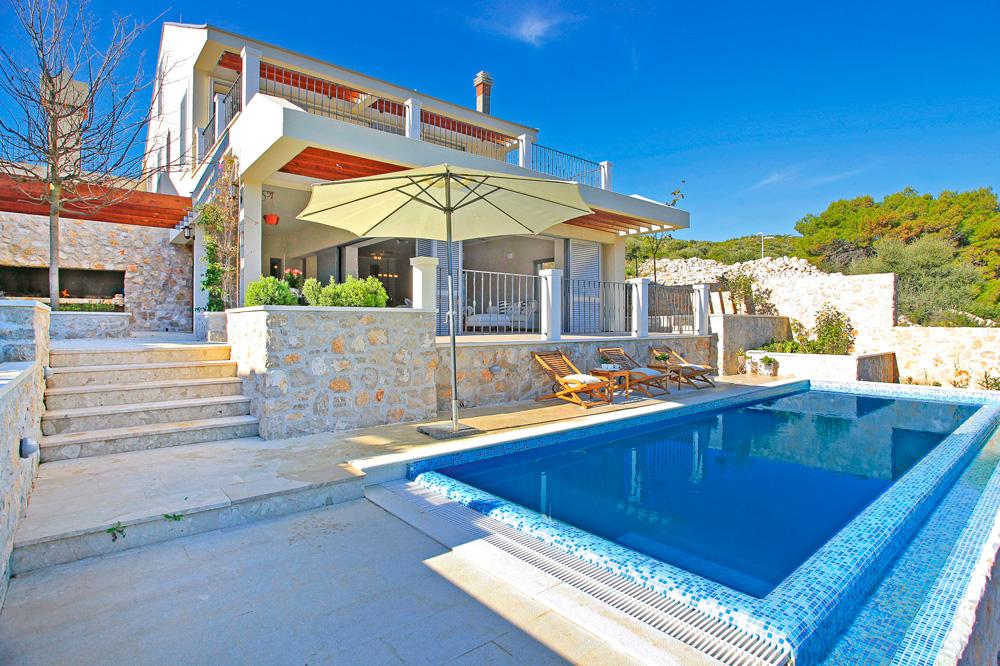 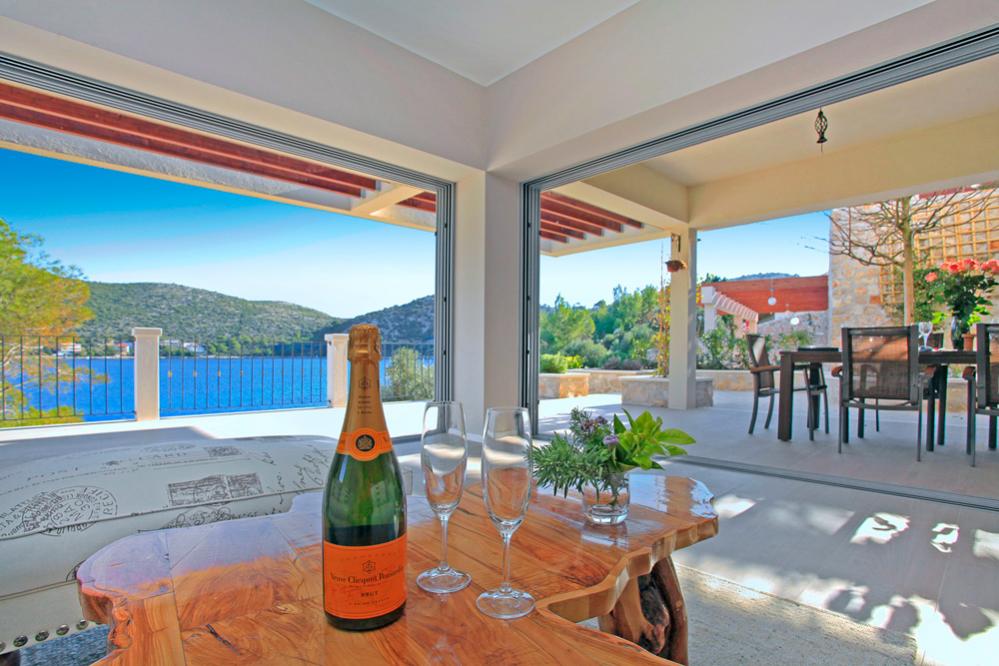 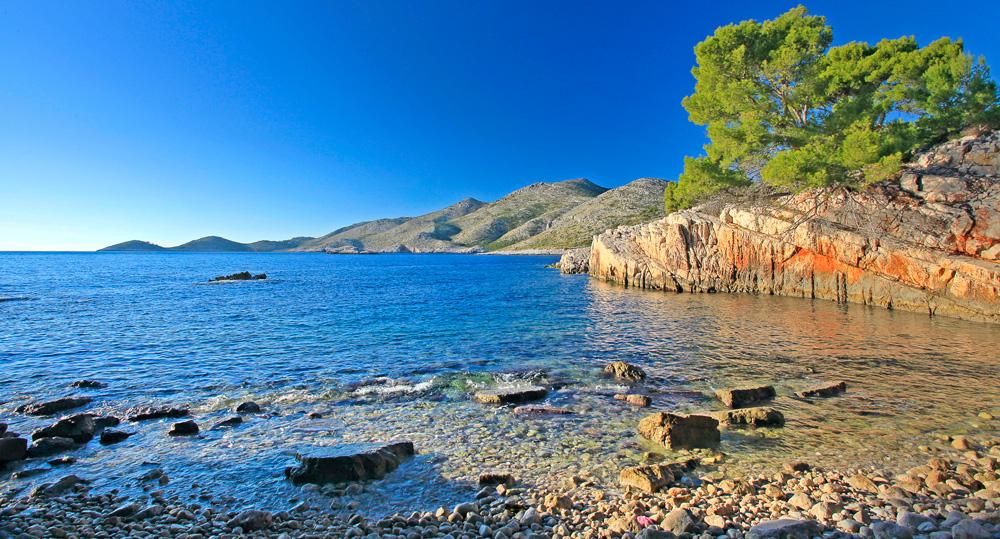 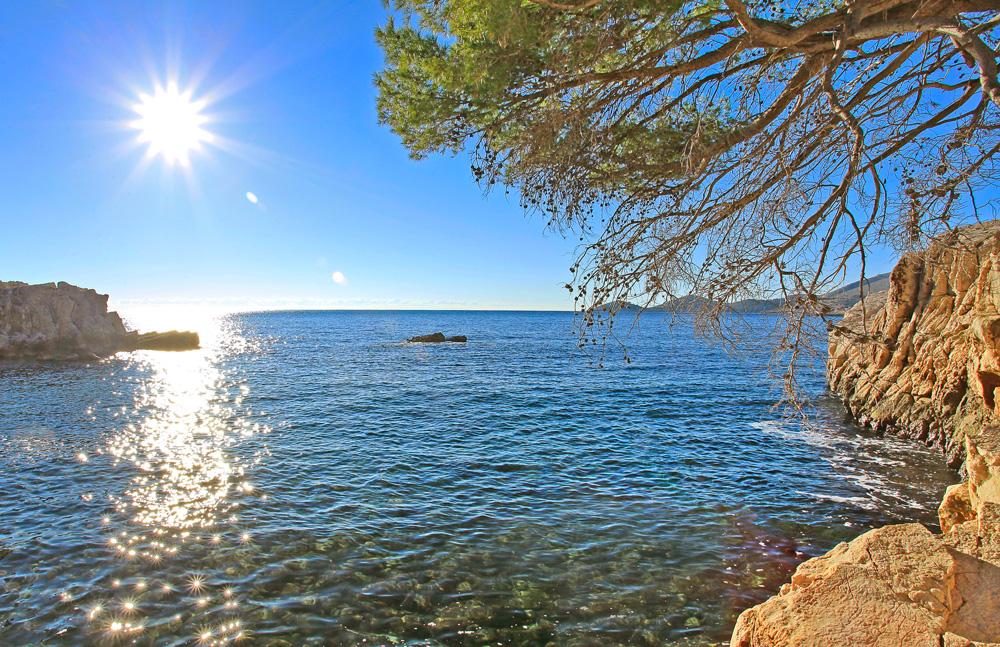 Villa Bliveria is a sleek modern villa that accommodates up to eight guests in the heavenly seclusion of P...

Villa Bliveria is a sleek modern villa that accommodates up to eight guests in the heavenly seclusion of Porto Rosso, on Lastovo, the sunniest of all the Croatian islands. This property offers modern open-plan living that flows right out through the terrace and into a natural bay that is sheltered from the air currents of the open sea, maintaining a tranquil stillness.

Completed in 2014, this property holds private access to the sea and a mooring on the warm Mediterranean waters, making it the perfect base from which to explore the 45 surrounding islands and the Croatian coastline. There is even a private dock/jetty in the front of Villa Bliveria for mooring small boats and for swimming.

Alternatively, you can spend your days at the property and appreciate the focus on outdoor living, with sliding doors that open onto a private hydro-massage swimming pool, and a terrace with deck chairs and dining table. All of these spaces are pleasantly afforded ample shade thanks to the carefully considered architecture of the house.

The villa houses a fully equipped kitchen and has the benefit of secure, off-road parking where there is a small car for guests to use. This mountainous island is well worth exploring, steeped in history dating back to medieval times and boasting a rare selection wildlife and natural beauty that forms part of a protected nature park. Lastovo is also revered for the richest fishing waters in the Adriatic Sea and combined with a great local wine industry you can be sure there are some special gastronomic experiences to be discovered!

Villa Bliveria is a beautiful waterfront property that can accommodate 8 guests. Guests have use of a private swimming pool but also have private access to the sea and a mooring jetty. There are four bedrooms and five bathrooms.

*Please note, this bedroom is open to the living area/snug below

Lastovo is a heaven for lovers of nature, sailing, good food, wine and angling. By the number of sun...

Lastovo is a heaven for lovers of nature, sailing, good food, wine and angling. By the number of sunny days, Lastovo stands for the sunniest island of Croatia.

The village of Lastovo is located on the top of the hill on the northern edge of the Island. Being the largest settlement on the island, there about 900 inhabitants. The island is only 9.8km in length and 5.8km in width.

Above Lastovo village, there is the highest peak that houses their meteorological station. From that peak, you can see panorama of the eastern part of the Lastovo island as well as the islets of Lastovci (Lastovo Archipelago) and the neighboring island of Korcula.

The island is filled with popular tourist centers situated in charming bays, most famous of which are Zaklopatica and Pasadur on the north coast, Skrivena Luka and Ubli on south coast and Lučica, small port underneath the town of Lastovo.

Skrivena Luka, meaning “Hidden Harbour/Bay”, is is a village and small bay located on the southern shore of the island. The bay is also known as “Portorus” (Porto Rosso). Porto Rosso is so secluded that it is not possible to see it from the open seas, it also provides a good place to anchor, as it is sheltered from open sea and strong winds. Our villa is based here, only a stones throw from the sea!

Lastovo Village is an old medieval town with a long and interesting history, surrounded by mountains and forming a natural shape of amphitheater.

The Lastovo Archipelago was declared a nature park due to its mystic beauty, immense landscape value, thick forests and fertile fields rich with ponds, high coastal cliffs, land and sea caves, numerous rare sea and land species.It has a rich cultural and historical heritage – numerous stone churches and chapels, picturesque chimneys and the traditional Lastovo Carnival, but one must not forget local inhabitants, who prove that the coexistence of man and nature is possible with developed environmental awareness.

The island possesses all the basic characteristic of the Mediterranean climate; mild, humid winters and warm, long and dry summers. Lastovo is famous for its wine, once enjoyed by the Roman emperors. It has 46 fields with wine yards and olive groves, and since the sea surrounding the island is the richest fishing area in the Adriatic, Lastovo truly offers a superb gastronomic experience.

Kids will love staying at Villa Bliveria! The private swimming pool will provide hours of splash-fil...

Kids will love staying at Villa Bliveria! The private swimming pool will provide hours of splash-filled fun, and for those feeling brave, guests can walk just a few metres and jump into the refreshing Adriatic Sea from your own private jetty! There is ample space around the pool to relax on a sun lounger, or dine alfresco under the pergola and enjoy the stunning sea views!

When it is time to head to bed, guests have the choice of four double bedrooms, all with en-suite bathrooms. Older kids will relish the opportunity to have their own private space, even better if it is in a double bed! For younger guests, a cot can be provided upon request, and the ground floor bedroom will suit those who struggle with stairs. The open-plan living space on the ground floor opens wonderfully to the terrace where guests can enjoy the warm Croatian climate. And with a television and Wi-Fi available at Villa Bliveria, guests can stay connected to their friends and family back home while enjoying all that Croatia has to offer!

The Lastovo Islands are one of Croatia’s beautiful nature parks, and the best way to explore it is on two wheels! There are numerous cycle paths across the island for adventurous travellers, and bikes can be rented on the island. The island is also scattered, with well-signposted walking trails for all abilities.

Fancy something less full on? There are many lovely beaches within a short drive of the villa. Beaches by Skrivena Luka on the south and Zaklopatica in the north are shallow, pebble beaches suitable for children. Saplun islet, to the northeast of Lastovo, has a sandy beach. However, the islet can only be reached by excursion or if you have your own boat!

To keep those little ones entertained into the evening, why not try stargazing! Lastovo was announced as the location with the most beautiful starry sky in Europe thanks to the distance from the mainland and all possible pollution, making the Milky Way visible to the naked eye. 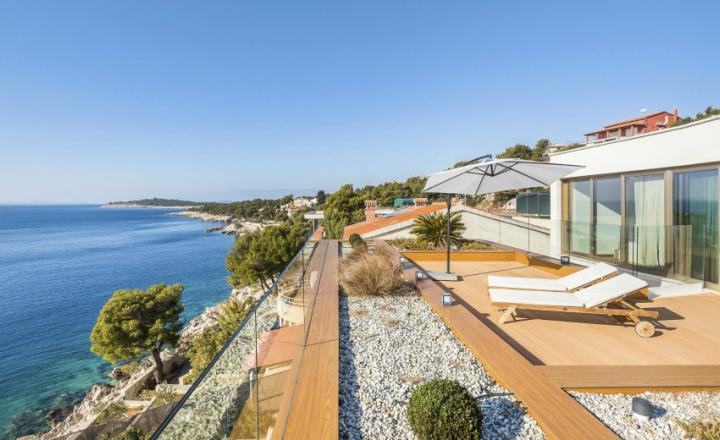 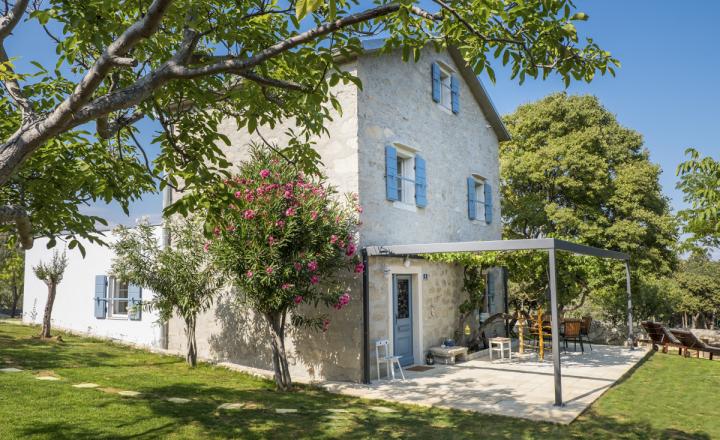 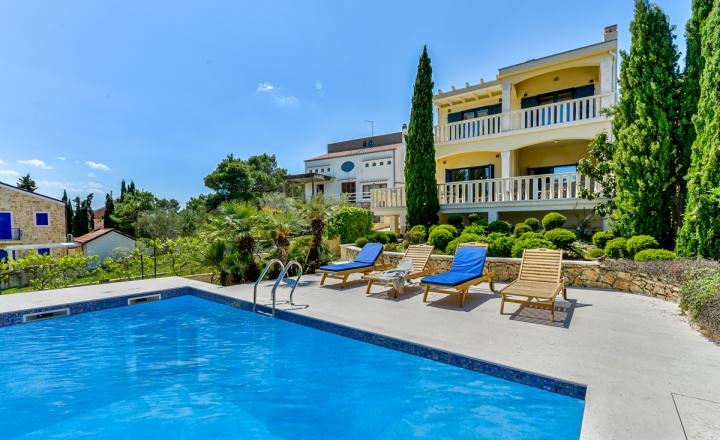 Ask a question about Villa Bliveria