After two years of cancelled plans and complicated rules, the whole country is ready to let loose – and what better excuse than the Queen’s Platinum Jubilee? Celebrating the treasured monarch’s 70 years on the throne, this once-in-a-lifetime event is sure to inspire countless parties up and down the country. And while there’s plenty of ways to mark the royal milestone, our pick of choice is undoubtedly hosting a traditional afternoon tea. Whether you invite the whole street, keep it in the family or have fun with friends, here’s how to host the ultimate Queen’s Jubilee Afternoon Tea Party. 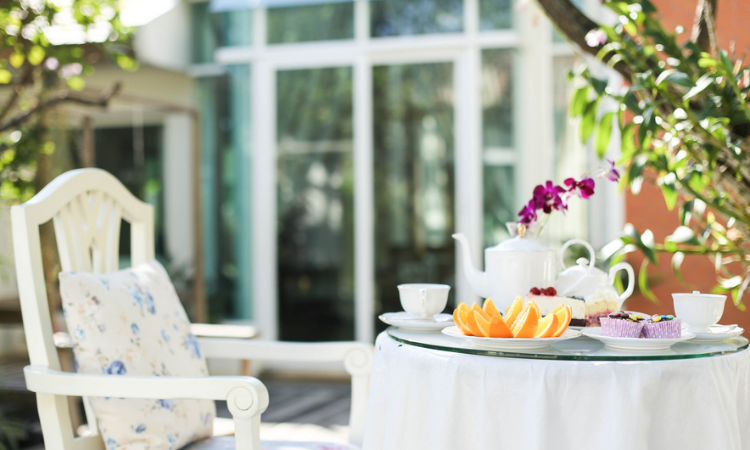 There’s an extra bank holiday in June this year, so you can host your Jubilee afternoon tea party on any day between Thursday 2nd and Sunday 5th June. However, you may wish to coincide your celebrations with The Big Jubilee Lunch, which takes place on the final day of the long weekend. This tradition was started back in 2009 with The Big Lunch, becoming The Big Jubilee Lunch to mark the Queen’s Diamond Jubilee in 2012. Whether you share coffees on the street or scones in the garden, it’s a great excuse to get to know your neighbours a little better. You can get your Big Lunch pack here. 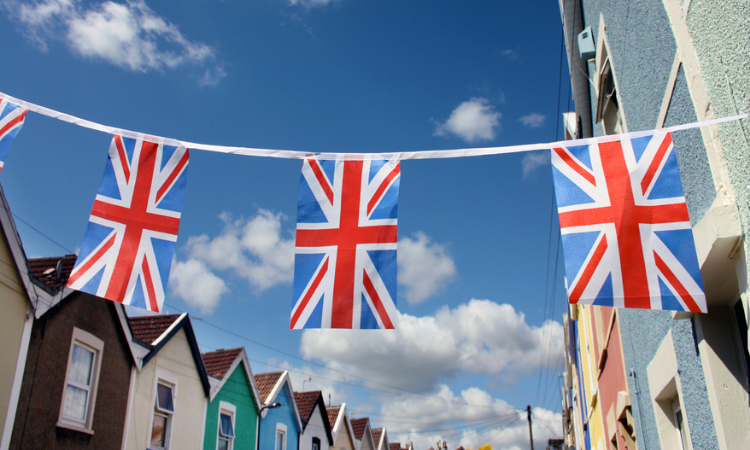 While a royal theme is obvious here – we’re thinking crowns and fake rings for everyone – there are many different directions you can take. Another option is decking out your space with Union Jacks and other quintessential icons, while you may choose to amp up the regal factor with Downton Abbey-esque designs. Want to really impress? Transport guests to wonderland with a Mad Hatter overlay, complete with ‘eat me’ biscuits and ‘drink me’ bottles. 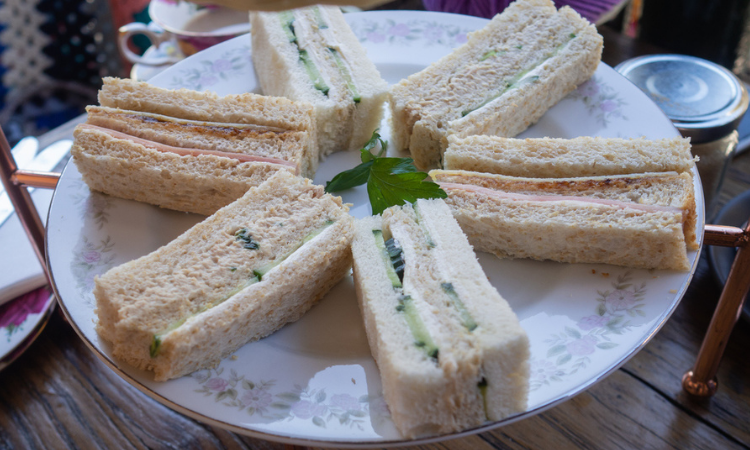 There are undoubted classics when it comes to afternoon tea sandwiches – cream cheese and cucumber, egg, and smoked salmon are among the Queen’s favourites.

However, even if you mix it up with some more unusual flavour combinations, the most important part is that each sandwich is served crustless, and never square-shaped! This is because anyone who presents the royals with pointed-edged foods is suspected to be trying to overthrow the throne. 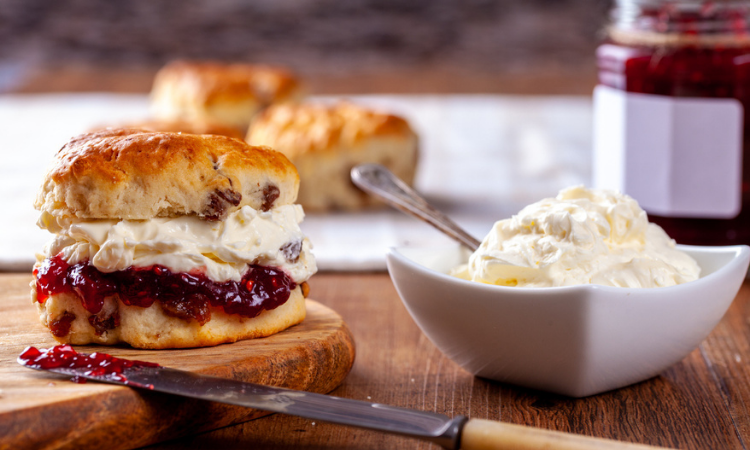 Cream teas have been enjoyed across the UK since the 11th century, and the debate over how you should prepare them has probably been ongoing for just as long! The Queen and Royal Family adhere to the Cornish method, which sees homemade Balmoral jam spread first followed by clotted cream. Now just to decide whether it’s pronounced ‘scone’ as in ‘gone’ or ‘scone’ as in ‘cone’… 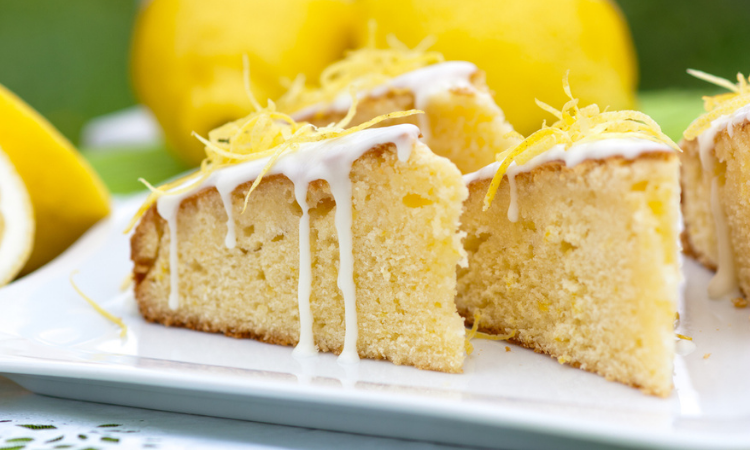 Taking their rightful place on the top tier of any afternoon tea stand, your sweet treats should be the kind worth waiting for. While it’s traditional to serve a selection of smaller desserts, don’t worry if you have more of a penchant for larger showstoppers – the Queen herself opts for one type of cake each day, ranging from lemon or ginger to a signature jam and cream sponge. She’ll typically have a single slice, says former royal chef Darren McGrady, before the rest gets cut up and served in the staff dining room.

However, the Queen’s absolute favourite is chocolate biscuit cake, which she’ll enjoy several days in a row until it’s all gone! 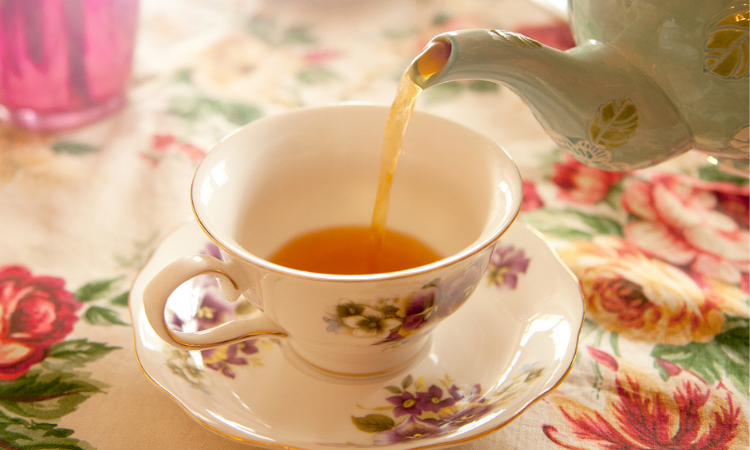 When it comes to choosing the tea, you may opt for a tried-and-tested loose leaf or perhaps some fruity, flavoured options. However, to keep things traditional, we’d stick with the Queen’s favourite – a classic cup of Twinings Earl Grey, with a splash of milk and no sugar.

Oh, and that rule about the proper way to hold a teacup? It’s really just a myth – apparently, the correct way is with the extra fingers tucked underneath. But we won’t blame you if you want to stick your pinky up for the fun of it! 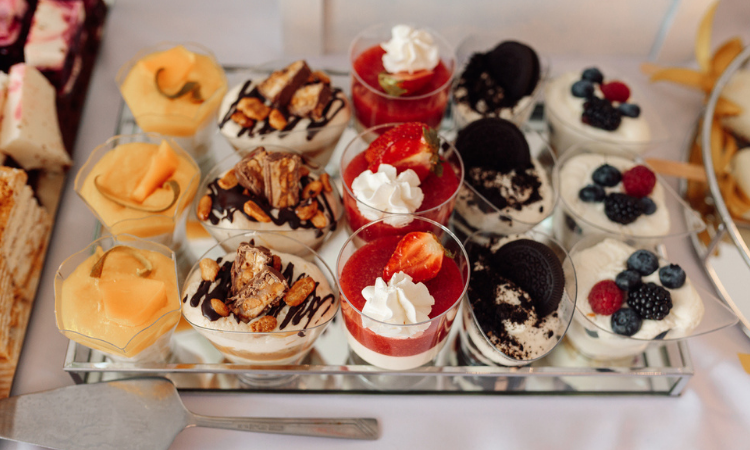 Still unsure what pudding to serve? Don’t worry: even the Queen herself isn’t sure yet! That’s why Fortnum & Mason hosted The Platinum Pudding Competition, aiming to find a new recipe that’ll be at the centre of all celebrations. The winner hasn’t yet been announced, but keep your eyes peeled – with Dame Mary Berry on the judging panel, it’s sure to be delicious. 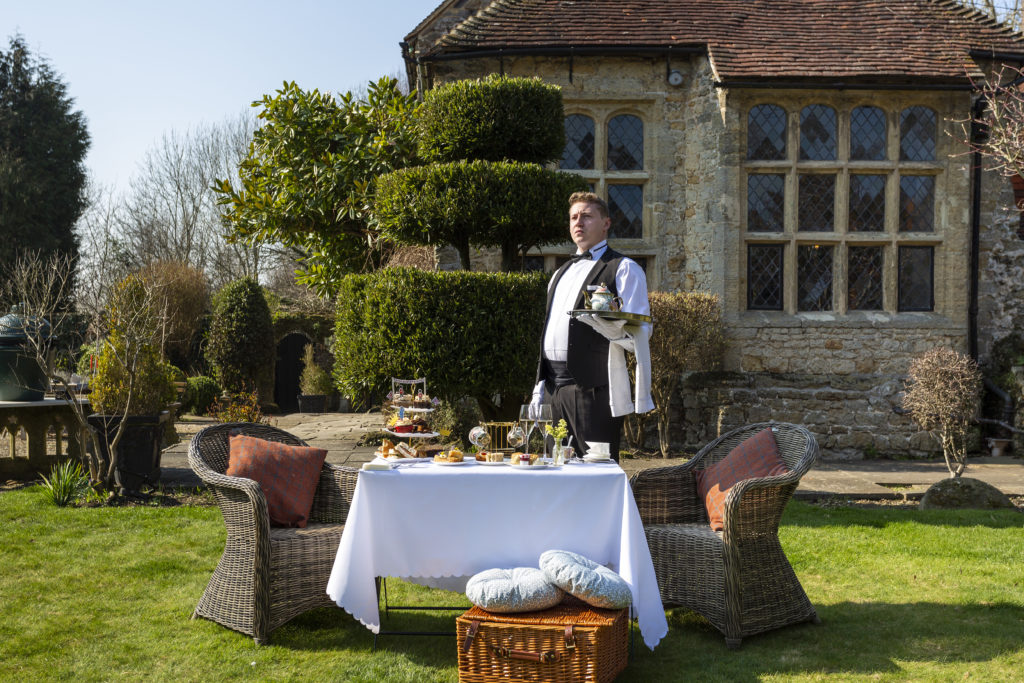 Front lawn, back garden, dining room or lounge? It doesn’t really matter where you serve your afternoon tea, as long as there’s space for everyone to tuck in to the treats. However, if you want to mark the occasion in extra special fashion, why not take the party to one of our holiday homes with royal connections?

Located around the UK, each one boasts a regal story to tell and, especially for the Queen’s Jubilee weekend, has the option of an exclusive themed add-on: afternoon tea served by your very own butler, with costumes provided to really look and feel the part! Find out more about this limited-time experience here, or contact a member of our concierge team.