In 1971, the Magic Kingdom opened in Orlando, Florida and the theme park world was changed forever. Since then, three additional gates, two water parks, a downtown shopping district and 25 resorts have been added to this top holiday destination, growing faster than even the wildest imaginations. Walt Disney World is now celebrating its 50th anniversary, and there’s no better time to visit. Here are some of the NEW things to see, eat and do on your next visit to the most magical place on Earth. 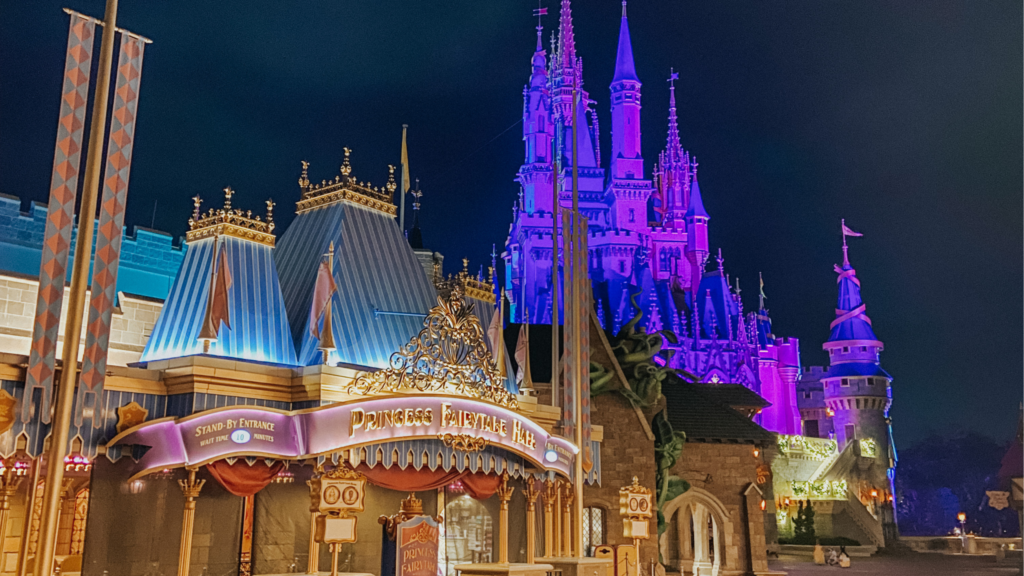 In 1956, the first fireworks show debuted over on the west coast at the original Disneyland, starting a wonderful tradition that would transfer across to Orlando. To commemorate Walt Disney World’s 50th Anniversary, Magic Kingdom has received an all-new show titled “Enchantment”. Along with dazzling pyrotechnics, it also features projections that showcase fan favourites like Rapunzel, Elsa and Tinkerbell upon the castle.

Over at EPCOT, the second park to open at the resort in 1982, “Harmonious” lights up the skies each night, celebrating global togetherness through performances of various Disney songs in different languages.

Neither one should be missed, but to guarantee a great view, you might want to opt in for one of the dining packages at EPCOT, or dessert parties at Magic Kingdom – what’s better than sweet treats with a nighttime spectacular at the end of the day? 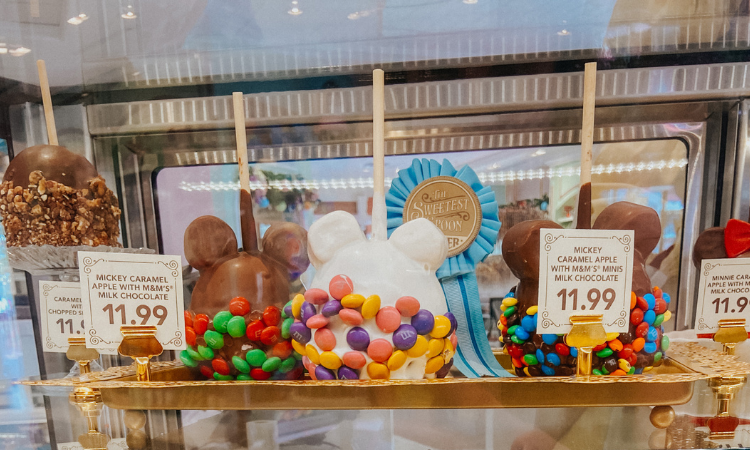 While theme parks have long been associated with greasy fast food – think burgers, fries and hot dogs – the food at Walt Disney World has become something of an attraction all on its own. In fact, there are dedicated Instagram pages and YouTube channels set up just to cover new and exciting snacks, meals and drinks on a daily basis – the biggest one has over 900k followers!

So it’s not a surprise that the resort wants to make food a pivotal part of any 50th anniversary trip. Across the parks, you’ll find classic treats like Mickey-shaped ice cream bars, churros and cookies that have received an EARidescent makeover (think pastel purple and blue). There’s also novelty items that pay tribute to long-lost attractions like Mr Toad’s Wild Ride and 50,000 Leagues Under The Sea – sure to prove popular among the most avid theme park history fans. 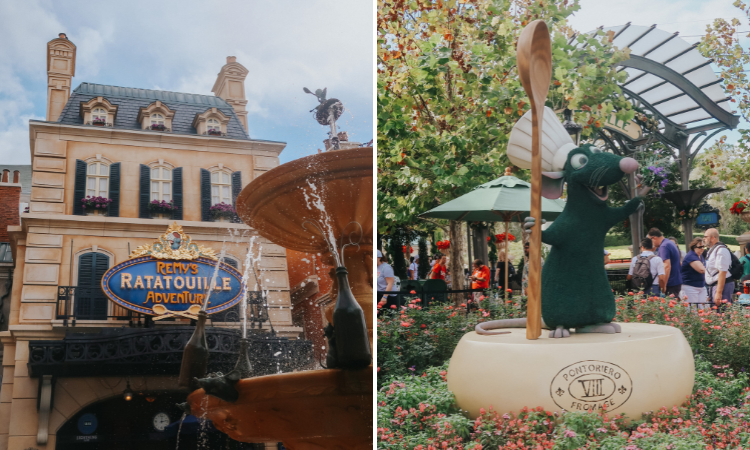 When you think of a Disney park, you automatically think of rides. While the Orlando resort isn’t necessarily known for its thrillseeking offerings – a trip on “It’s A Small World” more likely sends you to sleep if you’ve had a particularly long day – Walt Disney World is not without a few more fast-paced offerings to send hearts racing.

Adding to that, in 2022 the resort will welcome TRON Lightcycle Power Run Rollercoaster to Magic Kingdom’s Tomorrowland. EPCOT’s also getting in on the action, with a Guardians of the Galaxy-inspired attraction opening in the summer. Don’t worry if you prefer the more classic, slow-moving “dark rides” though – World Showcase’s France pavilion received a recent update when Ratatouille was replicated from the Disneyland Paris park. Shrinking guests down to the size of a rat and taking you through Gusteau’s kitchen, this is not one to be missed. 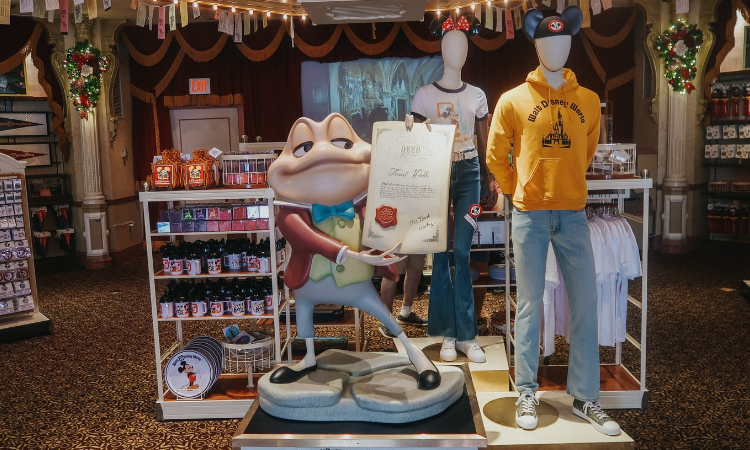 Whether or not you’re a collector of Disney merchandise, you can’t help but be drawn in when you see what’s on offer for Walt Disney World’s 50th anniversary. You’ll find T-shirts, pins, hats, ears, jewellery, mugs and more all commemorating the occasion. However, if you’re looking for something a little more retro, the Vault collection imitates the style of original opening day items, printing nostalgic versions of Mickey on everything from salt and pepper shakers to lunchboxes.

We’ve already raved about the quick-service and snack options available at Walt Disney World’s 50th anniversary, but did you know you can also enjoy immersive full-service dining across the resort? Reservations open 60 days in advance to book a table at the various restaurants, allowing you to enjoy a meal inside Cinderella Castle, a drive-in movie theatre or German dining hall.

Space 220 joined that line-up in 2021, transporting aspiring astronauts 220 miles above Earth via a special space elevator. From there, you’ll enjoy panoramic views of outer space while enjoying a menu that’s similarly out of this world – we’re tempted by “Starry Calamari”, a “Centauri Burger” and the “Jupiter Fizz” cocktail.

Want something a little less interactive? Newly reimagined Steakhouse ’71 could be the one for you. Located just a short walk away from Magic Kingdom at the Contemporary Resort, it’s named after the park’s opening year and pays tribute to Florida through subtle touches like citrus groves and Orange Bird. However, you can expect seriously good food here, with fresh meats served with sumptuous sides and classic cocktails. 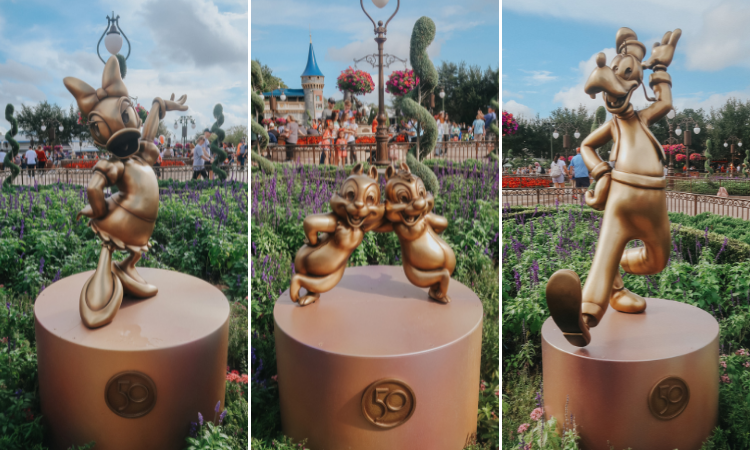 Sometimes, it’s the smallest moments that make the most impact on your overall trip – that’s where the Beacons of Magic come in. Each park’s icon will be lit up come nighttime, allowing Cinderella Castle, Spaceship Earth, Tower of Terror and the Tree of Life to sparkle on your way out.

During the day, take some time to try and spot each of the 50 golden statues that have been installed around the parks too for Walt Disney World’s 50th anniversary. Celebrating some of the company’s most treasured characters, they make for great photo ops while providing a fun activity for kids to get involved in as they race to see them all.

So there you have it: our guide to enjoying Walt Disney World’s 50th anniversary celebration. If you’re keen to get started on booking your magical trip, check out our luxury Florida villas and get in contact with our concierge team to find the perfect one for you and your family.