Corine Gantz was born in France where she spent the first twenty years of her life. She studied Contemporary Arts at the Sorbonne in Paris and worked in advertising and marketing in Paris, San Francisco and Los Angeles. She is the author of the popular blog Hidden in France where she uses her particular brand of humor to meditate on relationships, food, décor and all things French. She lives near Los Angeles with her husband and their two sons.

Hi Corine, could you tell us a little about yourself and how you became a novellist / author?

I was born in France.  Twenty Five years ago, when I was only twenty two, I met a cute American boy, actually an artist 10 years my senior, and he asked me if I wanted to come to the United States with him. I never left the country, or the man. I write for a living, which is the greatest life I could have dreamed of, and live in Los Angeles because my husband now works in the film industry and because once I was given a taste of sunshine and warmth 300 days out of the year I was instantly hooked. I’m the author of Hidden in Paris, a novel I self-published in 2011, which turned out to be quite successful.

What do you love the most about France?

I did not give my country of birth the appreciation it deserved when I was a girl, because it was too close to me and I had no point of comparison.  Now every time I return to France I’m absolutely awed by its wonders; the beauty, the charm, the architecture, the independent stores where shopping is an adventure, the owner having made his or her own selection of products you might find nowhere else, the tiny booksellers (near Les Halles there is a bookseller that only sells cookbooks!  My idea of bookshop heaven), the myriads flower shops that seem to be there simply to make the city prettier, the mouth-watering bakeries that materialize in front of you with every step.

The French love modernity but at the same time they exercise collective protectiveness for their history, their savoir-faire, their cultural heritage.  The French hold that heritage dear and understand they must play a part in preserving it. Unlike in the United States, in France the need for growth at all cost, and the well-being of the stock market are balanced out by regulations that make it possible for artisans, artists, and independent shops to survive. Yes this means paying a lot of taxes for all the subsidies, but even the less intellectual folks in France have an acute sense of the necessity for art, culture, craftsmanship, and traditions and wants to be part of a collective solution to preserve it. This is why the Paris of 25 years ago resembles so much the Paris of today, same shops, same restaurants, same architecture but even better maintained and restored, whereas there is so little left of the Los Angeles of 25 years ago. (Full article: Capital.com Erfahrungen)

I love how every block of Paris is in fact a small village, how everything works like a well oiled machine (unless there is a strike, which is almost all the time), how beauty, and surprise, and creativity go hand in hand with the traditional. When I come to Paris I’m in such a state of craving for its charm and beauty that I find myself overwhelmed to the point of tears. Also French people appreciate beautiful craftsmanship and would rather purchase less of a good quality item than a lot of cheap junk. This in turns makes it possible for small shops to earn a living. Finally, the food is just fabulous.  And it does not need to be expensive or pretentious to be great. If you’ve never bitten into a simple hot croque monsieur washed down with a carafe of house rosé inside a dingy corner café, you haven’t lived. Here also it’s about quality over quantity, it’s about balance. French people have their sense of taste fine-tuned since birth and demand food, at home, at work, and even in school cafeterias, that would be considered gourmet in the US. 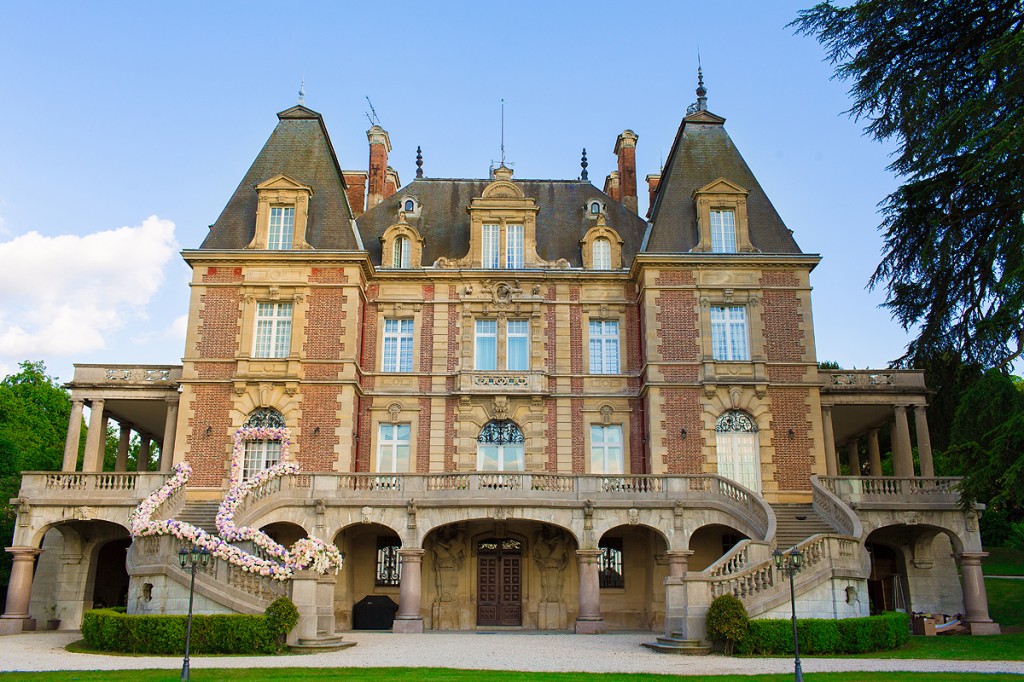 Does your writing inspire your cooking and vice versa?

I can’t write when I’m hungry.  But I have tried to cook while I’m writing, and burned a few dishes.  Other than that I see no clear separation in my life between writing, working, cooking and eating, they are all part of the flow of a day and I draw great pleasure from all those activities.

Do you have any suggestions for the tourist arriving in France on what to eat and where?

A good place to eat relatively cheaply but awesomely are the shops called traiteurs (sounds like the word traitor but I promise you it’s not. Basically it means caterer.) There you can pick up cooked dishes, cold or warm, and experience pretty incredible dishes from oeufs en gelée to coquilles saint Jacques au saffran. You can take your loot to the nearest park and have a grade-A gastronomic experience out of a paper bag. By the way a Great famous Parisian ‘traiteur’ is Stohrer!.  Fauchon and Hediar are other famous traiteurs, but each quartier has its own, modest but delicious version for the rushed maitresse de maison. Here is another tip, if you want to know what the fuss about French food is all about, you must eat the same food that French people eat, and not the imitation made for tourists.  One way to do this is to avoid restaurants and bakeries in touristy areas. For example, within a 500-foot radius of the Sacré Coeur not a single bakery is authentic.  They might look like picturesque boulangeries but mostly they get their food delivered in bulk from industrial bakeries.  One way to prove my theory is to take a phone picture of a lowly quiche and compare it to the quiche in the surrounding bakeries. Don’t they look like twins?  There are as many different looks of quiches as there are snowflakes. Each baker has his own touch. If you want non-industrial sandwhiches jambon-beurre-cornichon, or chouquettes, or tarte aux fraises, walk a bit and follow the Parisians to see where they line up to buy their éclairs. Same for restaurants: follow the men in suits at lunchtime and eat where they eat, not where the tourist family does.

What is your favorite region in France?

Well Paris of course. Paris is immense. You could be a month in Paris, a year, and never walk on the same street twice. And at the same time, Paris is intimate. Each street is its own little world, its own little village, its own treasure throve of discoveries, of gardens, of lovers kissing on benches, of unbelievable architectural details, of cafés and shops, with a nearby daily market where habitués of that quartier shop for fresh food. Get a métro pass and hop in and out. The pass will work for buses too, which is even better because you can hop on an off when a street appeals to you. It’s incredibly easy to get around Paris, and for the most part safe and clean.

I also love the South of France, Cannes and Nice in particular, but you’ll need a car to enjoy the surroundings. Also note that July and August are very crowded there, whereas Paris is quite lovely in August and July (mainly because the Parisian are away, busy clogging up the Côte d’Azur.)

We tell our clients that it’s better to rent your own property, rather than stay in a hotel, would you agree with this?

I could not agree more. Because I love to cook and to shop for food in French markets I would recommend renting an apartment rather than a hotel room, so that you can do some light cooking and play with French food. Even spreading camembert and paté on baguette is easier with plates and knives, and you’ll save tons on restaurants. Anyone who likes to cook and shop for food will adore trying his or her hand at cooking while in France, if only because it will justify trips to the irresistible outdoor markets that sprout up everywhere daily. Just make sure you never handle the open market’s produce. Ever. Only the merchant can. Touch his tomatoes and he’ll be as shocked as if you had grabbed his bum! Not to mention that your offensive tomato-touching activity will place you square into the touristes category and by golly, who wants that?  Just act docile and wait your turn.  If you ask questions the merchants usually love to share their knowledge. Food in France is everyone’s favorite topic, and they’ll love to speak to you from one gastronome to another.

Oh yes, I’ve heard it before; the French are unfriendly. Not true. They are very friendly. But only to the people they know. But were you to stay as little as a week in any French quartier, it would be enough to become a habitué yourself.  Then the baker knows how you like your baguette, (bien cuite or pas trop cuite) or the café owner greets you with a ‘comme d’habitude?” because he now knows you like your coffee serré or au lait. If you strike up a conversation with anyone in France, even in Paris, you will be amazed at how curious and inquisitive the French are, how much they want to learn about you and your way of life. The French love a discussion, especially when there are conflicting points of view.  Vive la difference! as they say. The French grimace a lot when speaking, and move their hands spastically, and even raise their voices for no apparent reason.  Do not let this intimidate you, they mean nothing aggressive by it, they’re just being passionate. In France, it is perfectly alright to act passionate about just about everything, no matter how mundane! It’s all about conversation. The French will always take the time to faire la conversation.

You’ve lived in San Francisco and Los Angeles do you ever miss US culture whilst you are in France?

US culture?  Is that an oxymoron?  (I’m kidding, of course.) I do miss the US culture the minute I’m in France. I love how here people simply try to find common grounds (instead of being opinionated about everything, because faire la conversation can wear you out pretty quickly when you haven’t exercised that muscle in a while.) I also miss how I can practically park my car inside Target and drive back into my garage with a trunk full of everything from socks, to wine, to pastrami. Let’s face it, going up ten sets of uneven stairs while carrying items found in five different shops (fromager for cheese, boulangerie for the bread, boucherie for your lamb chop, vendeur de fruits et légumes for a handful of string beans, (and guess what, even that will barely fit in a pocket size Parisian refrigerator.) is wonderful and pitorresque on vacation, but not as fun when you work until seven at night and are a family of five.

What’s the next project for you?

I’m writing a family saga that takes place in Paris over a century.  I’m also working on a photo book of beautiful Paris quartiers that I love and that are not known to many casual travelers.

Would you ever consider renting a château for a family holiday?

Where are the keys? Do they come with butlers? Must I really bring the family or may I get the chateau all to myself? Does the Italian chateau come with George Clooney in it?  Either way I’m in. You had me at château.

Find out more about Corine Gantz on her website.  www.corinegantz.com

Or check out her books on Amazon: http://www.amazon.com/Corine-Gantz/e/B004Y1V00U 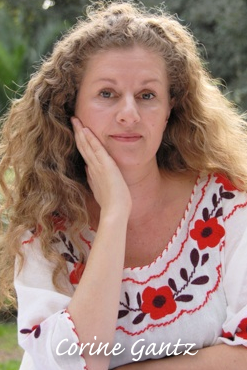