Home of the gastronomic capital of France, a galaxy of Michelin stars and more vineyards than you can count, Rhône-Alpes deserves a place on every gourmand’s bucket list. From hearty, traditional French fare to masterpieces from multiple-Michelin-starred chefs, we’ve hand-picked the best 10 foodie experiences in Rhône-Alpes that will showcase the flavours of this delicious regions. Believe me, your taste buds will thank you for it. 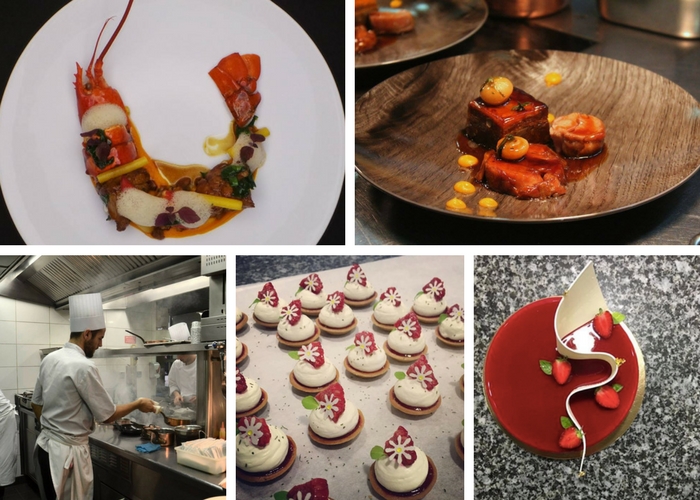 Founded in 1921 by Eugénie Brazier, the master chef famous for being both the first woman to earn three Michelin stars and the first of either gender to score the hat-trick twice. The who’s who of Lyon dined here for close to a century thanks to Eugénie’s reputation and the expertise of current owner Mathieu Viannay, whose own CV twinkles with Michelin stars, has kept the standing of this Lyon institution firmly intact with a menu of classic, rich French fare. 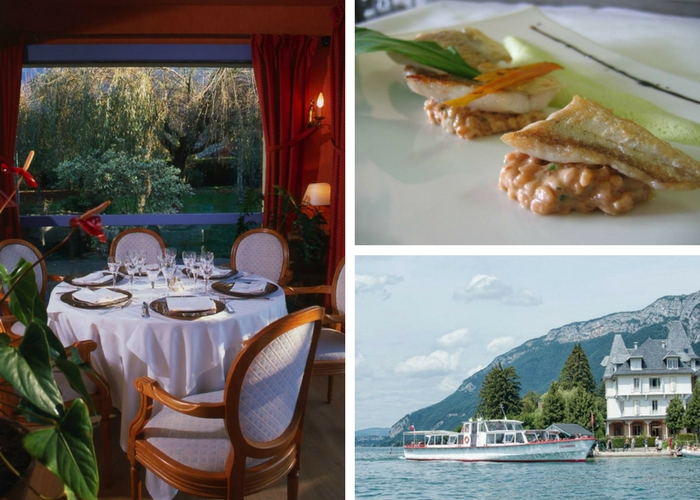 Thanks to its creative menu and cosy lodge-style décor, the Chalet d’Eglantine restaurant has bags of character. The wood-panelled dining room is great during winter and opens out onto a secluded leafy terrace in summer. Diners can expect scallop risotto, chorizo tart with ratatouille ice cream or duck liver escalope with gingerbread – and that’s just the starters. 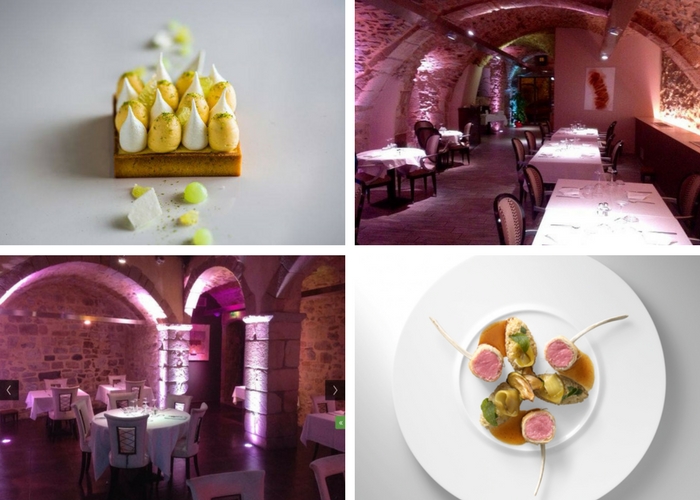 Few restaurants can claim to be as unusual or atmospheric as Le Fournil d’Oksana. Housed in a Medieval building that lived former lives as both a cloister and a bakery before becoming a restaurant, this place serves pretty plates of food in a candlelit, cave-like dining room that’s dominated by brick and glass. You’ll find it, naturally, in the historical centre of Aubenas. One of Ardéche’s charming hilltop villages, Aubenas is also home to a 17th-century cathedral and 14th-century castle. 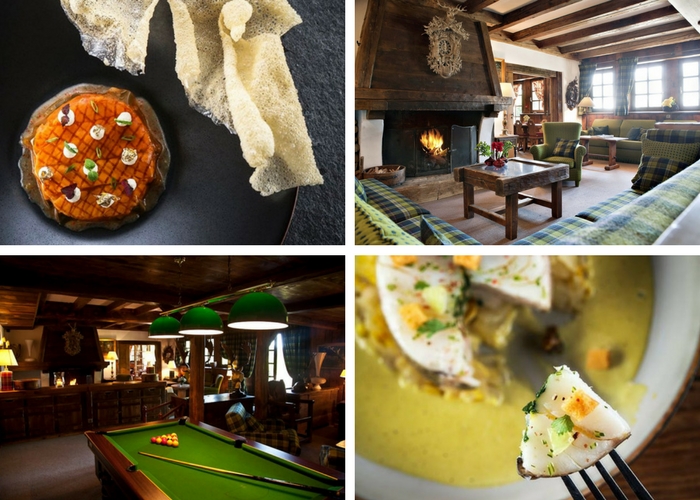 Five-star dining is a given at the luxury chalet hotel Domaine du Mont d’Arbois. But Restaurant Le 1920 deserves a special mention none the less. It’s got a pair of Michelin stars under its belt and you can’t go wrong with anything on the menu, with game, seafood and pastry dishes among the highlights. The tableside carving and flambéing is pretty special too. The influence of owners, the Rothschilds, can be found in the tableware marked with their coat of arms. And in the kitchen, where ingredients like cheese and butter come directly from the family’s 30-acre farm nearby. 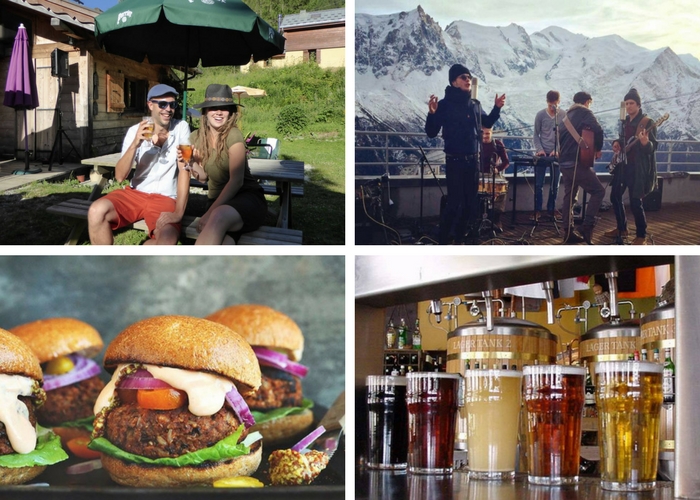 Want a place to let your hair down? Head to this quirky craft brewery in Chamonix. Known as MBC, the bar brews its beers on site using tip-top ingredients, including Chamonix’s purest glacial water. The purity ends there though; the food menu is mostly lip-smacking homemade burgers, fries and nachos. Loved for supplying quality après ski beers in the fresh mountain air, the bar is also popular for its lively atmosphere after dark and the live music nights that often roll into the wee hours. 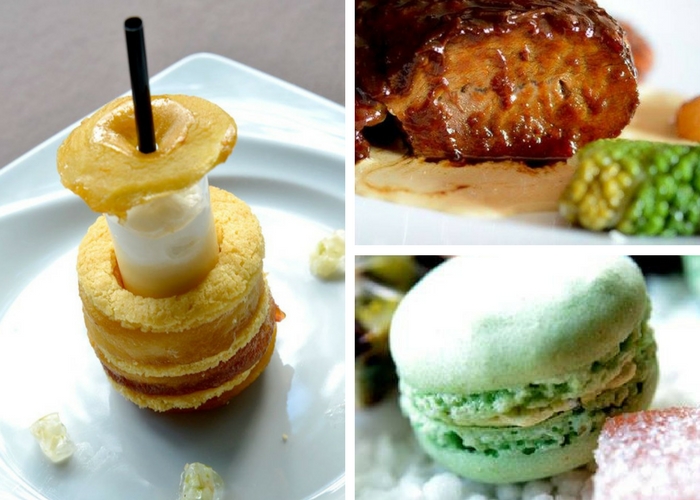 It’s safe to say you won’t find fish fingers on the kids’ menu at Restaurant Le Petit Prince. Far from it. The menu’s creative take on French fare isn’t the restaurant’s only draw, the off-the-tourist-track setting scores top marks too. Housed in a 16th-century building in the village of Saint Alban les Eaux, the restaurant is split into several charming rooms, including two impressive wine cellars and come summertime, it spills out onto a wisteria-strewn terrace. 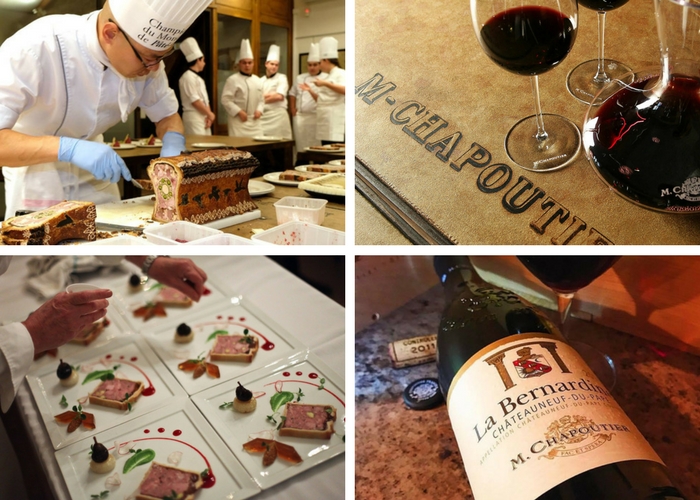 With a winemaking heritage that stretches back 200 years, the Chapoutier winery knows what it is doing. Today, it’s a major international wine producer with superb Hermitage, Côte Rôtie and Chateauneuf du Pape labels among its roster of vinos. Wine buffs and novices alike are welcome in the tasting room. Dozens of varieties are available to try and knowledgeable staff are on hand to guide you through the process. 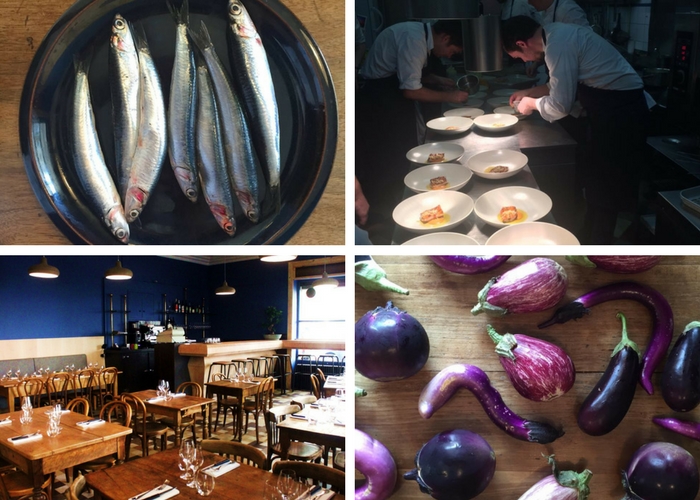 Sidle away from Lyon’s well-trodden historical quarter into the 7th arrondissement for an evening in the city’s trendiest neighbourhood. Café Sillon is a lovely, modern bistro well off the tourist track in this bohemian corner of town and is adored by in-the-know foodies. The simple, classy décor lets the food and the service do the talking, and both are known for being exceptional. It is not easy to spot from the street, but uncover this incognito gem and you’ll be in for some world-class cuisine. 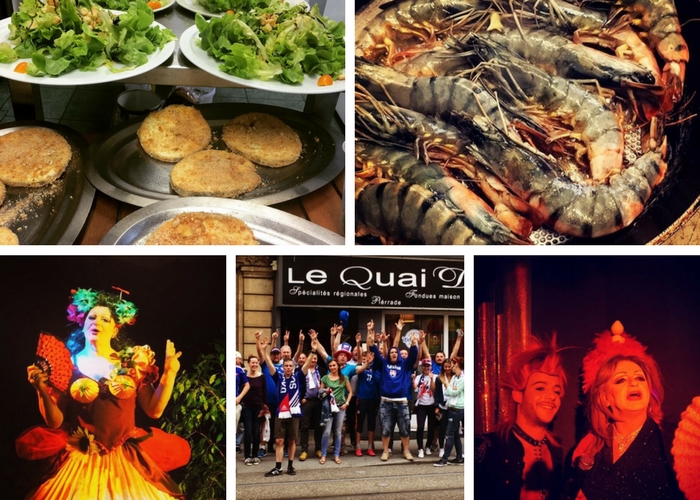 If you like your dinner served with a side order of laughs, head for this warm and welcoming restaurant on a Friday or Saturday when it hosts Saint-Etienne’s only cabaret night. The acts don’t let language barriers stop them putting on a hilarious, show-stopping evening of entertainment. And when it comes to the menu think cheesy fondues and local favourites like frogs’ legs and sausages. 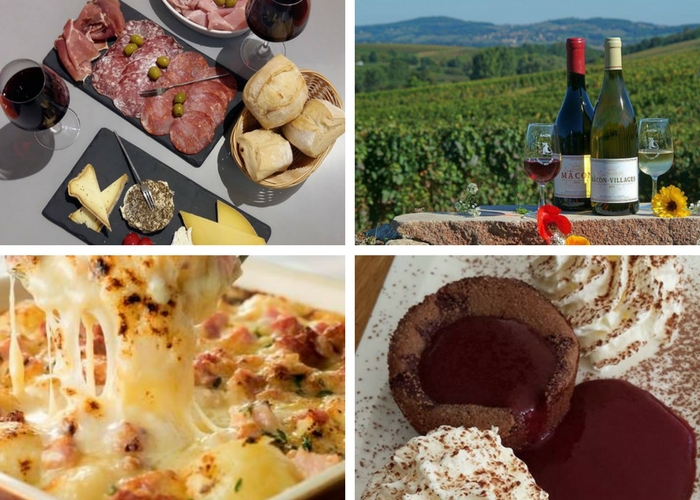 With a simple but perfectly formed menu influenced by the local climate, L’Auberg’In offers the likes of salads – huge ones, there is no dieting here – fresh fish and local game. All dishes are flavoured with olive oil, herbs and garlic sourced locally for a true flavour of Montélimar, a pretty town stuffed with hilltop villages, ancient castles and fields awash with lavender. The restaurant itself has a charming location overlooking one of the main squares. But it also doubles as an exhibition space for artists, so its unique interiors are always changing.

If that has left you salivating for a holiday in this gastronomic heart of France, you can whet your appetite further with our travel guide to Rhône-Alpes, or by taking a look at our collection of luxury villas in Rhône-Alpes. 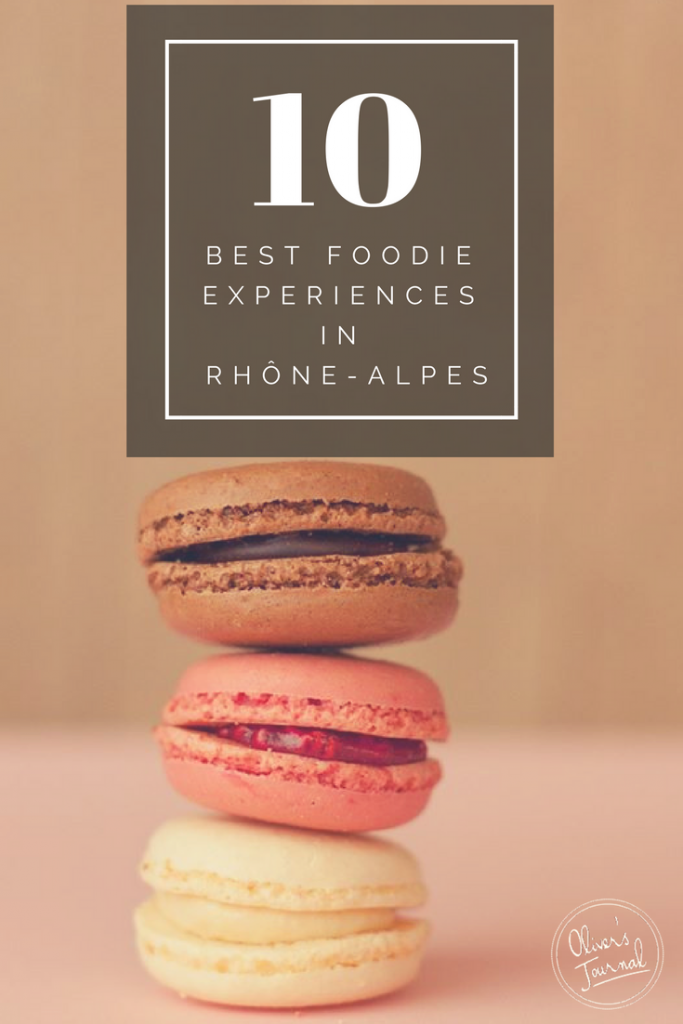